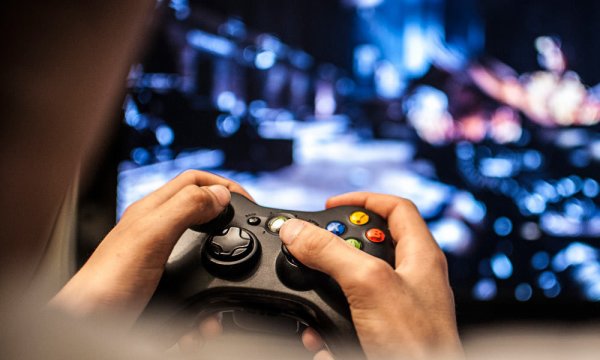 Want to Be the King of Battle Royale? Try These 8 PUBG like Games in 2019 + 5 Bonus Games for Smartphone Gamers!

The overwhelming response to PUBG: Player's Unknown Battleground is a testament to the rising popularity of battle royale genre of video-games. But, if PUBG doesn't interest you anymore, or you want to try a variety, we have got the perfect list for you of the best PUBG like battle royale games. These can be played on popular gaming platforms or mobiles. Take a look.

Battle Royale Games Have Taken the Gaming Industry by Storm! 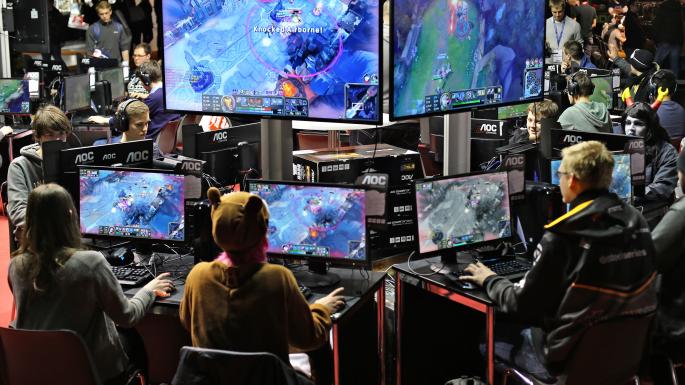 Living in the twenty-first century, gaming has been an important stress buster and hobby for many, but today, those days are long gone when it was just a fun activity limited for your leisure time. Instead, gaming has evolved tremendously over the decades and especially over the last few years, that it has even started to serve as a source of income and much more to the audience. What started with super Mario and lead to GTA, Counterstrike and then Minecraft, is today transformed to new astonishing and fulfilling levels of gaming. Over the last few years, the gaming world has truly been taken by a new genre of multiplayer video games – The Battle Royale.

Battle Royale Game is a highly trending genre of online multiplayer video games that has only one goal to achieve for the players – to be the last man standing. These games follow a survival-of-the-fittest game-play, in which each player competes with real-time players around the world instead of playing against the computer, and through exploring and fighting back in the continuous shrinking play zone, becomes the winner at the end. From gaming blockbusters like PlayerUnknown’s Battlegrounds, popularly known and trending as PUBG, and fortnite to Apex Legends, Call Of Duty: Blackout and CSGO: Danger Zone, the world has been taken over by these battle royal games which nowhere seem to lose their fans any time sooner.

You Shouldn't Miss Out on These PUBG Like Games! 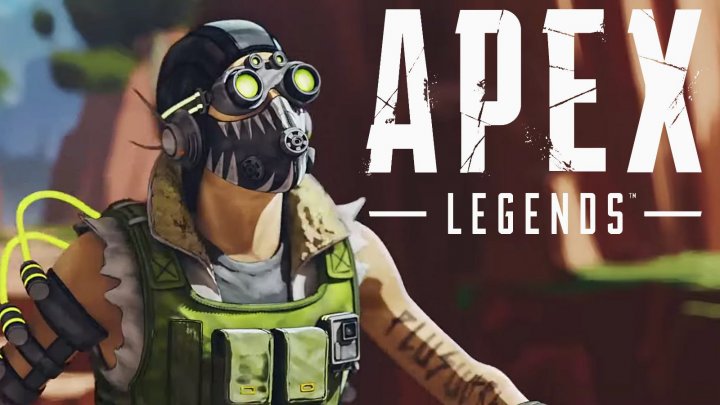 Do you remember Cricket ’07 or Need for Speed Most Wanted and how much you used to love playing these games? Some of you may still have these games lying around in some random folder of your PC as it’s just almost impossible to rid of these games which made your childhood worthwhile. You now must be thinking, why are we telling you all this, right? Well, our first game in this list is prepared by none other than the company which made all those games – EA!

Apex Legends takes the place of being the trendiest battle royale game in 2019. As reported, it was able to amass more than 25 million users in the first month of its launch only. And there are more than one reasons for the game to gain such popularity!

It isn’t your regular battle royale and offers one hell of an experience with its life-like visuals. You have to land in the war zone with other challengers and survive till the last before you can call yourself a legend! Play solo or gather your squad, the game is sure to take your adrenaline level up a notch.

The game is available for all platforms; PC, XBOX as well as PS4. 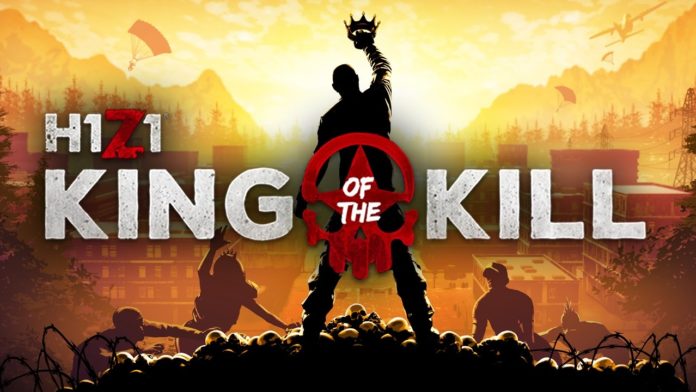 If you’re looking for an exciting deviation from the first-person shooters while keeping the excitement of battle royale still alive, here is a game for you which isn’t like your other battle royale games like PUBG.

Now what makes this game so interesting is that the game starts from scratch, and by scratch, we mean naked and on the shore of a beach! You are spawned without clothes, food, or weapons for that matter! The aim is to survive the wilderness by exploring items on your own, be it food for hunger, water for thirst or weapons for survival.

And, finally, add to it, all of the menaces of other players! Players have to form clans and groups to survive in the wild, but remember, in the end, there’s only going to be one winner, so you have to be very careful and vigilant while choosing someone. Being a multiplayer game, you’re going to win only after you’ve outlived other players. There are many other exciting things to be explored in the game which you’d only be able to do after getting your hands on it!

The game is currently available for PC only, but developers have been in the talks for releasing it for XBOX and PS4 as well. 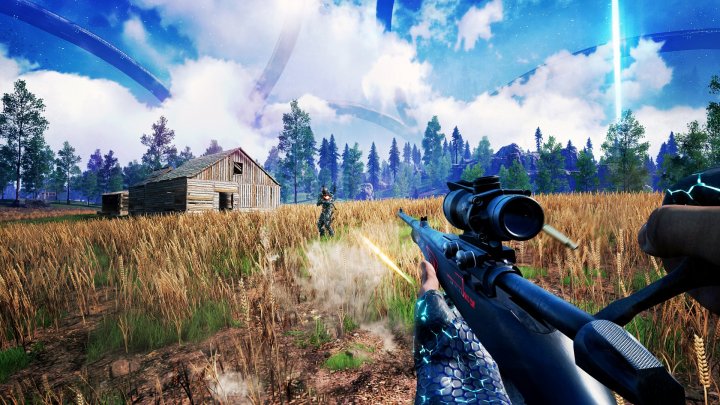 Islands of Nyne is a sci-fi battle royale. The celestial arena will make you feel you’ve entered a whole different world filled with aliens and other celestial beings. There are a lot of arenas to choose from, and each arena is designed amazingly by the developers which keep the players engaged in tactical and strategic thinking.

You can go in solo, as a dual team or with three of your buddies to take out other players till you have the victory in your lap! The game has first-person play only as of yet. If you call yourself a serious gamer, you cannot miss out on Islands of Nyne, and even if you’re a casual gamer, the game is definitely going to take your fps skills up a notch.

The game is currently available for PC and developers have assured to release the game for XBOX as well as PS4. 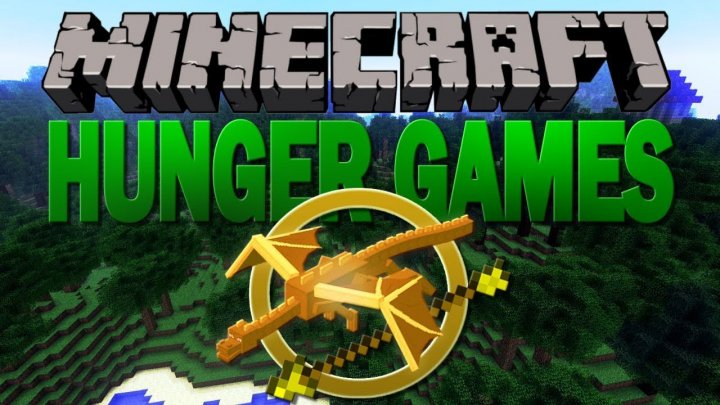 The most popular game of the 2000s, Minecraft has been recrafted and recreated, has added so many features since its inception a decade ago, and even has its own version of a battle royale game.

If you’re looking for an under-13 battle royale game which you can play with your kid(s), this surely can be your go-to option! And if you’ve played Minecraft earlier, you must have known how you can control your entire world, by building and destroying everything. This doesn’t change in Minecraft Hunger Games either and makes the game even more enjoyable.

It’s available on all playable platforms viz., PC, XBOX and a Playstation. 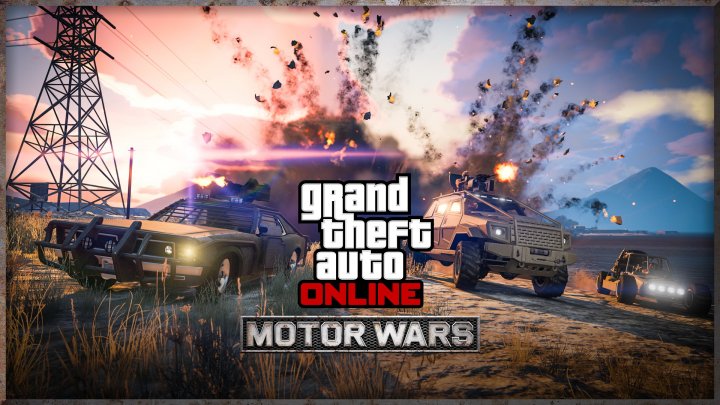 GTA 5 may have been the best action-adventure open-world game of the decade, and while Rockstar is famous for sticking to open-world games having a similar kind of theme, but battle royales are the newest trend in the gaming industry, and they had to lay their hands on it!

In GTA Online, a new mode was added in 2017 viz., Motor Wars which doesn’t belong to your regular battle royale. In Motor wars, you battle against other players in a weaponized vehicle and keep eliminating players till you become victorious. The game will keep you on your nerves with its intense fights.

It’s available for all platforms namely, Playstation, XBOX, and PC. 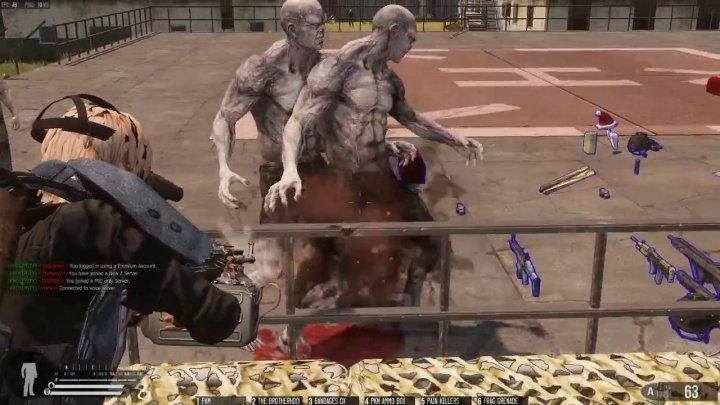 A real survival game where all you have to care about is your survival till the end! A PUBG like the game but different than PUBG in its way. While in PUBG you can choose to play solo, duo or with a squad of four, in Infestation: The New Z, you’ll get out there all alone and it will all be up to you whether to go solo, form alliances with other players, or kill them at the first sight, your sole aim is to be the last man standing.

The game boasts of using a much-advanced anti-cheat technology which makes your gaming experience even smoother. You can choose to play as the first person or as the third person and choose between any of the two maps to play on.

The game is available for PC, XBOX as well as Playstation 4. 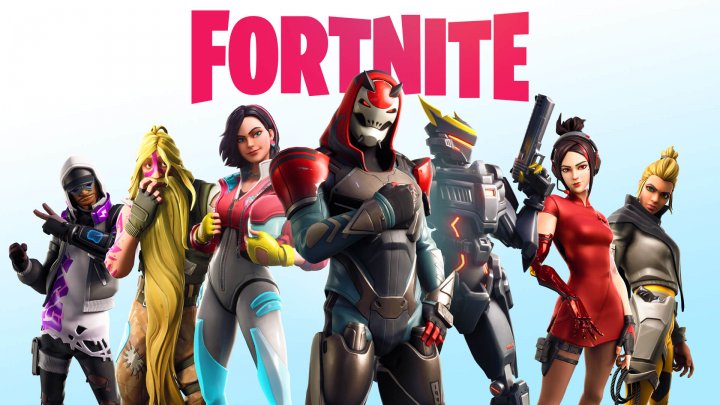 If fictional characters are what you love more than realistic battles in realistic conditions, Fortnite is the game you don’t want to miss out on! The game was launched in 2017 only, and it gave battle royales an entirely new outlook.

Customize your character according to your preference, add in some new themes, and you’re ready to jump off the parachute with other players for one hell of a battle! The best thing about Fortnite is that it’s free to play and can be played on PC, XBOX, and Playstation.

Ark: Survival of the Fittest 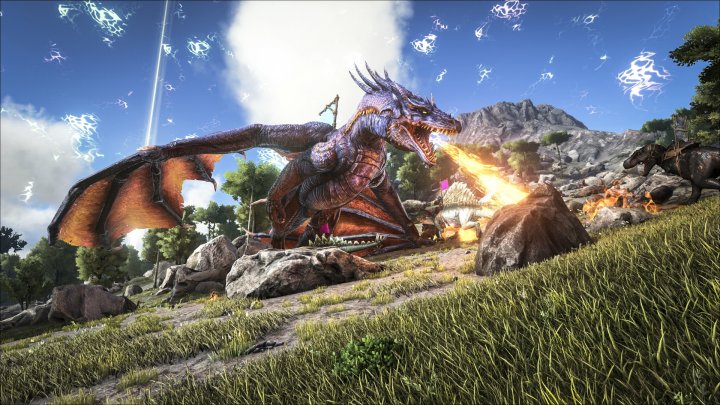 Were you looking for a game which involves going face to face with massive beasts and creatures, live in a fantasy world while still get the zeal of a battle royale? Then, this game is made for you.

You’ll get to fight dinosaurs and wild beasts, and hold on, here’s the twist! You’ll be getting in the arena with 71 other players so it’s not only the beasts that you’ll have to fight but play tactfully and makes alliances and tribes with other players as well, to be the last man standing!

The game can be played on your PC, XBOX and Playstation 4. 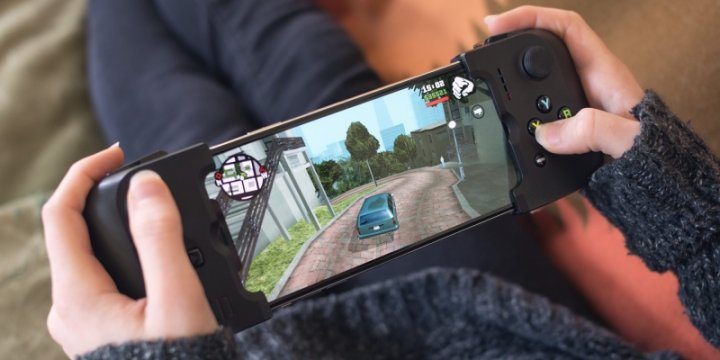 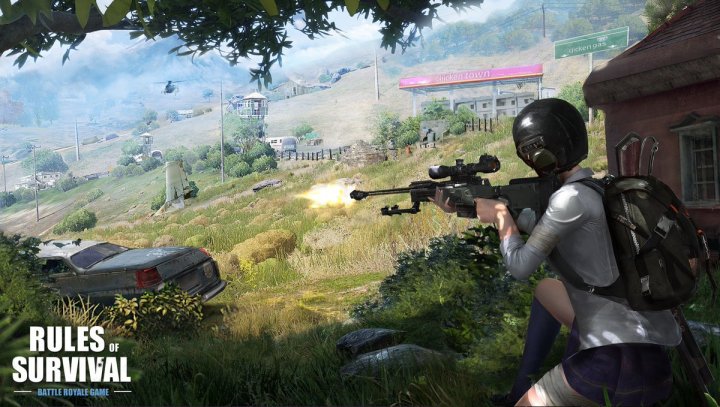 Rules of Survival is the first-ever 300-player battle royale. Yes, you read that right! If 100 players weren’t enough for you to get a fantastic action, you could go on to fight with 300 enemies!

The rules are simple; you are dropped into an arena with other players where you have to find your supply, from protection gear to ammunition and survive till the last! 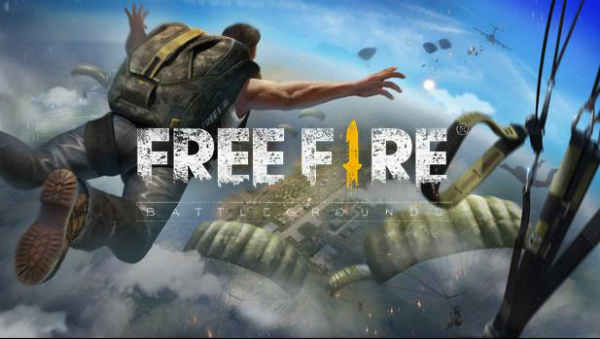 If you’re looking for a quick and a lighter-sized game for your smartphone, Free Fire should be the next battle royale survival game you should install.

The game offers everything like PUBG mobile but doesn’t even take one-fourth the size that PUBG takes in your phone storage. You’re dropped into the map with other 49 players for a 10 minutes battle. Play, survive, and lead yourself or your team to take that number 1 spot! 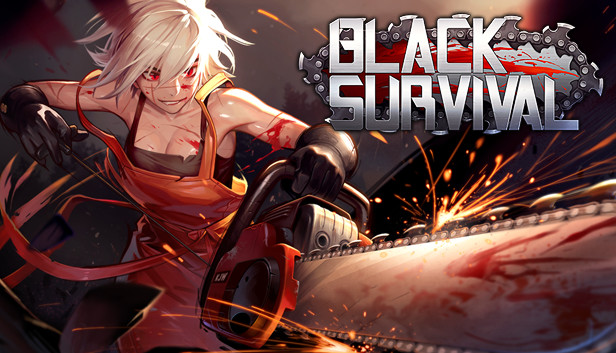 An interesting PUBG-like game which surely will not let your adrenaline levels to come down! The game is filled with wild beasts and zombies, and you’re going to get addicted to this one if you’ve been looking for an all-in-one zombie game!

After landing into the arena, players have to look for ingredients to create their own weapons having strategies of their own. You level up as you kill those in-game beasts and become stronger to take on other players. You fight till you survive!

Have you been bored with playing PUBG mobile and looking for an alternative? Download Knives Out! Although a bit similar to PUBG mobile, a lot different in some ways.

You enter a battle royale of 100 players in a team of five, search for the best loot for yourself and your teammates, and are ready to take your enemies head to head! Lead your squad and plan your strategies carefully to take that number 1 spot! 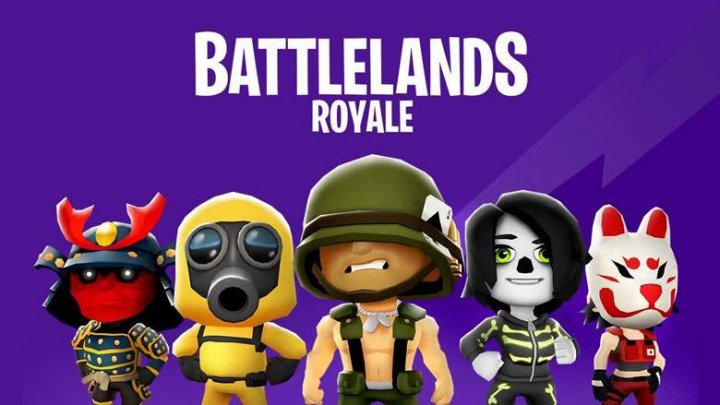 If you want to take a break from those realistic and life-like battle royales but still don’t want to miss out on the experience, Battlelands Royale is the game you want!

It’s a 7+ rated game and is a kid-friendly game. The battle arena consists of 32 players, and you have the option to go either solo or in a team. The incredible graphics will surely make you forget about the other regular mobile battle royales. All you have to do is land, loot, kill, and win!

This list is specially curated for the battle royale lovers, who want a change from PUBG. These games come with many innovative features and stunning graphics that will keep you engaged for hours. So, its time to ditch PUBG and try these out instead!