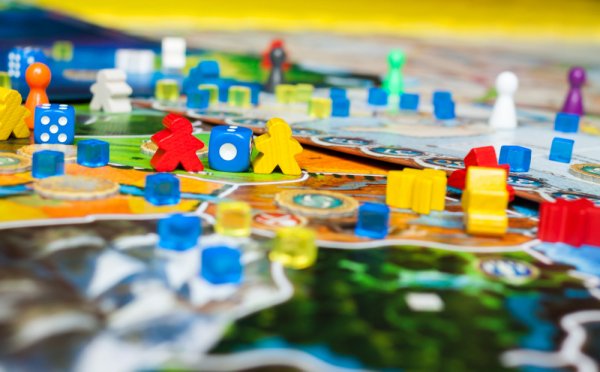 Board Games are a Fun, Interactive Way to Get the Family Together in the Smartphone Era: 10 Board Games for Kids that are Enjoyable and Will Help in Developing Your Little One's Skills (2020)

With an increase in the usage of technology, there are so many ways for children to entertain themselves. It is essential to understand that these digital activities may not always enhance the child's intellectual development. Though board games are slowly getting obsolete, they are still a great way to spend some screen-free time with your kids, and there are several benefits of doing so. Check out the best board games for kids in this post.

Why Playing Board Games is Important for Your Kids 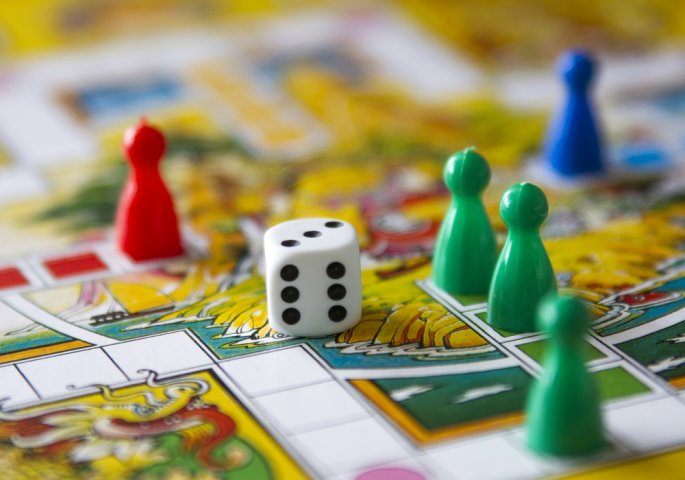 Playing, in general, is a joyful activity, and board games are a fantastic way to exercise the brain of little kids, as they stimulate the areas that are responsible for memory and thought formation. Games teach children to face victory and loss, to strengthen bonds as well as other intellectual and emotional skills. They also trigger the release of feel-good hormones – endorphins, which leaves a person feeling compassionate, cheerful, and content. As caregivers, it is essential to ensure that our children grow physically, emotionally, and mentally which can be done via board games.

Top 4 Benefits of Playing Board Games 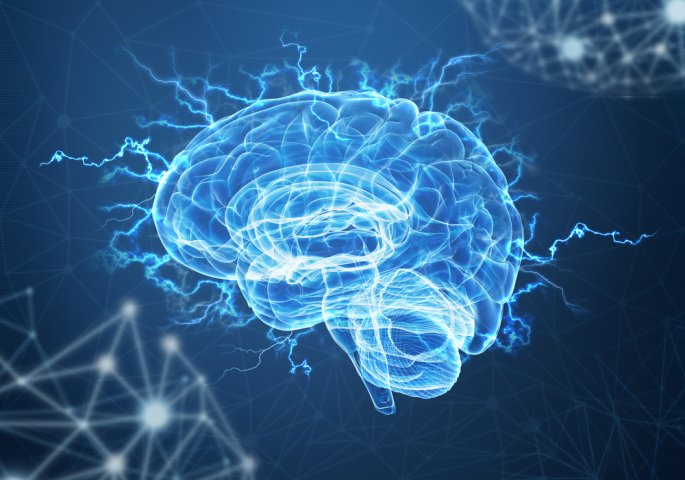 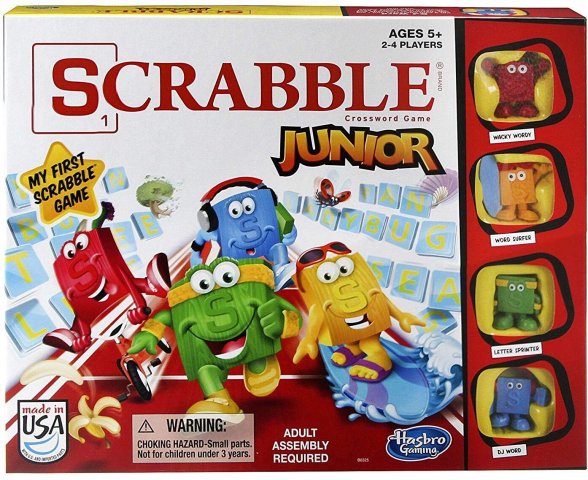 Scrabble Junior is a great way to get kids interested in the world's greatest word game, Scrabble. Designed for children aged 5 – 8 years, the game strives to teach them about the formation of words, reading, spelling, and vocabulary. There are words on the scrabble board. Each player picks seven letter tiles and tries to match these letters with the words. The last one to fill out the words wins.

Though there are only a finite number of words on the playing surface, the opposite side of the board has the classic Scrabble game, hence suited for older kids who require more difficult challenges. This is a great way to supplement kid's spelling lessons and help with letter recognition as the board contains images to go with the words. The Mattel Junior Scrabble Crossword game is available on Amazon for Rs. 599. 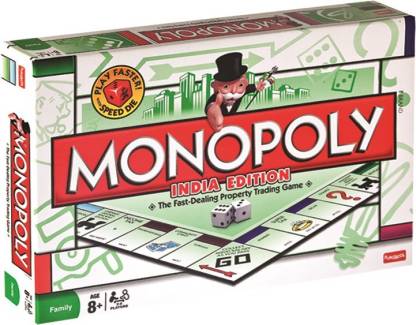 Monopoly is a real-estate game for two to eight players, in which the players move around the board buying, trading, and developing properties. The goal of the game is to stay financially sound while driving other players into bankruptcy. Each side of the board is divided into ten portions representing utilities, properties, railways, jail, and other events. A player has a fixed amount of money at the start and moves around the board by rolling a pair of dice. A player who lands on an unowned property may buy it, but if another player owns the property, he/she must pay rent. Landing on a non-property square requires the player to draw a card whose outcome may be favourable or unfavourable.

There are several editions of the game, including US, UK, and an Indian edition, as well as more unique versions like the ultimate banking edition, Pokemon: Kanto Edition, Star Wars, Game of Thrones, and Disney edition among others. The properties are inspired by real or fictional places, depending on the version. The Indian edition can be purchased on Flipkart for Rs. 599. 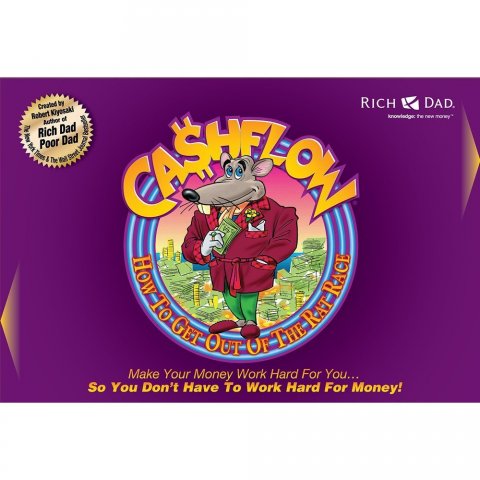 Cashflow is a game designed to learn essential financial strategies and accounting principles. The board consists of two tracks, a "Rat race", which is a smaller circle where players roll only one dice to advance, can collect a paycheck after passing the paycheck space and draw from one of four decks depending on which area you land on. The deals received from these cards can be good or bad. The problem here is a shortage of cash.

The “Fast track" is where you roll two dice where players must find investments before losing cash in lawsuits, divorce, and tax audits. Players choose from a variety of careers and fill out financial sheets accordingly. All investments and losses are also filled on the financial sheets. There are also opportunities for the player to make co-investments. This game is popular among math nerds as a fun way to learn finance. The board game is available on Amazon for Rs. 8,800. 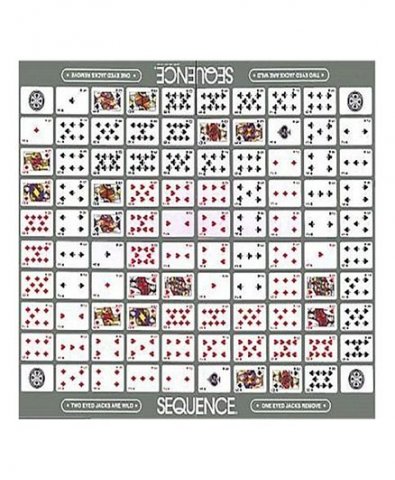 Sequence is a strategy-based card game that can be played by up to 12 players. If more than three players are playing, they must divide themselves into teams. The game board is placed on a flat surface with room for the draw deck, marker chips, and discard pile. The jokers are removed as they are not required for the game. Each player takes a card from the deck, and the cards are shuffled after that.

Each player or team is given a colour poker chip and a certain number of cards depending on the number of players. Each card is pictured twice on the game board. The player must choose a card from their hand and place a chip on the corresponding space on the board. The played card goes into the discard pile, and the player draws a replacement card from the draw deck. The game also comes with two and one-eyed jacks, which are essential to form sequences. A player with two sequences is the winner. The board game is available on firstcry.com for Rs. 500. 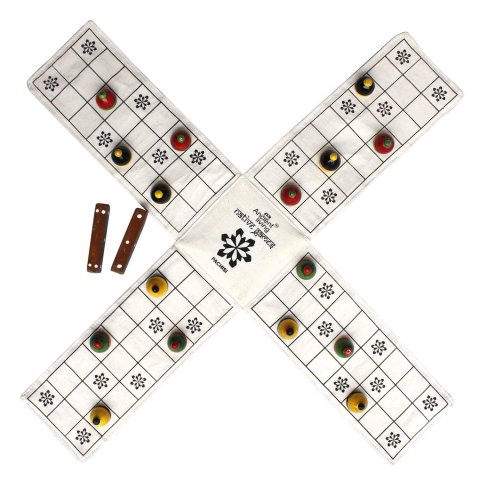 Several Indian Dice games are sources for popular games like ludo and monopoly. Games like Chaturanga, Pachisi, Snakes & Ladders, and Navakankari were played during the era of kings. Akbar played Pachisi with his slaves, acting as pawns. These games have been lost over time but are gaining popularity in recent times. There are several of these games that can be purchased online. Neha Murthy, an entrepreneur, has ventured into making traditional Indian games on cloth with prices ranging from Rs. 400 – Rs. 1600. They are available on thebetterindia.com. These traditional games can also be purchased on heartofartonline.com and amazon.in. 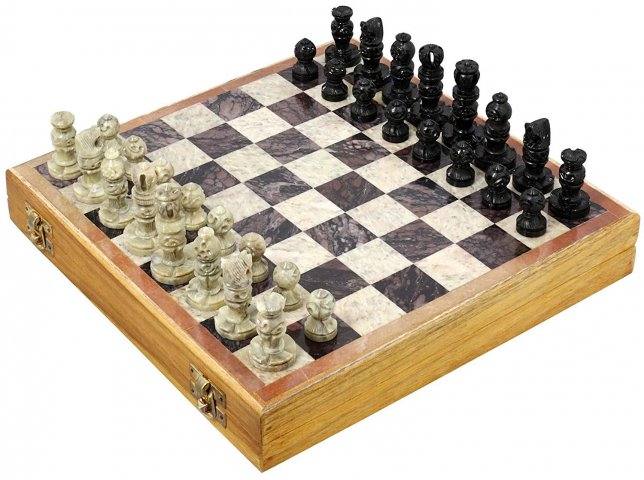 Chess is the classic two-player strategy board game played on a checkerboard containing 64 squares. The game is believed to be derived from the Indian game chaturanga in the 7th century but was made popular only in the 19th century. Each player begins with 16 pieces, one king, one queen, two bishops, two rooks, two knights, and eight pawns. Each piece moves differently across the board, with the most powerful being the queen and the least the pawn. The objective of the game is to checkmate the opponent's king by placing it under a threat of capture. A player's pieces are used to attack and capture the opponent's pieces till the objective is reached. There are many variants of chess, one of which, Fischer Random Chess, has gained widespread popularity. The exclusive Rajasthan Stone Art chess has hand-carved pawns, and the storage box can also be used as a game board. It is priced at Rs. 995 on amazon.in. 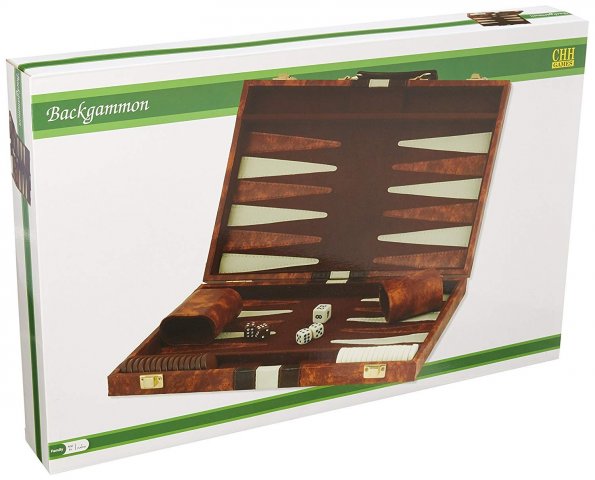 Backgammon is a strategy game dating back to thousands of years. The game is played by moving a set of 15 pieces on the board with the objective being a race to bear off all pieces to an imaginary position of the board. Players can capture the opponent's coins, forcing them to restart their journey around the board. The board consists of four sections, each with six narrow wedges in two alternating colours. A vertical bar separates the inner and outer tables. The movement of the coins is based on the number rolled on a pair of dice. The two numbers may be applied to 2 separate pieces or into one. The classic brown and white Backgammon Set is available on amazon.in for Rs. 4,661. 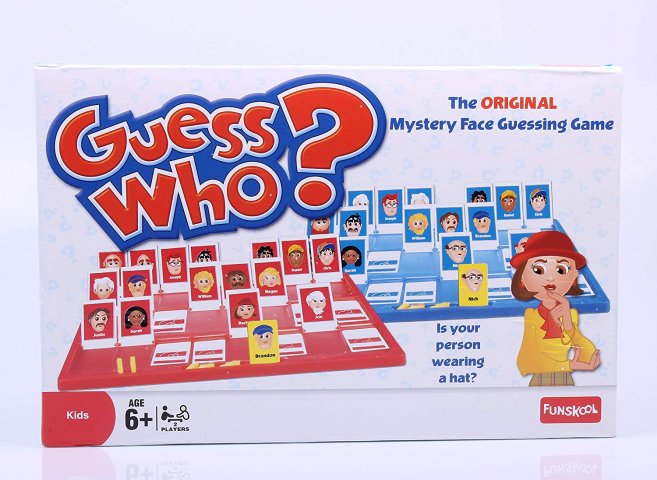 Guess who is a popular two-player guessing game where players use ‘yes’ or ‘no’ questions to identify the hidden character. Each player places one of the 24 mystery cards in the empty frame on the game board with 24 faces. The opponent has to guess the character by asking simple ‘yes’ or ‘no’ questions, usually about the appearance of the character. Through the process of elimination, the opponent will eventually be able to guess the character. The player WHO guesses the mystery card first wins the game. There are several editions of the game, including Star Wars, Marvel, and Disney edition, as well as smaller travel editions with 20 faces. The game is available on Amazon for Rs. 449.

THE SETTLERS OF CATAN 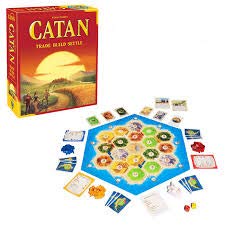 One of the most popular board games worldwide, the Settlers of Catan, has won numerous awards for its versatility and ability to hold interest. It is a multiplayer board game where players assume the role of settlers, attempting to build and develop holding as well as trading and gaining resources. Players gain points as their settlement grows, and the first one to reach a set number of points wins. The game board consists of hexagonal tiles of different land types that are laid out randomly at the beginning of the game. This game has immense appeal to both experienced and beginner gamers alike. You can purchase the board game on Amazon for Rs. 999. 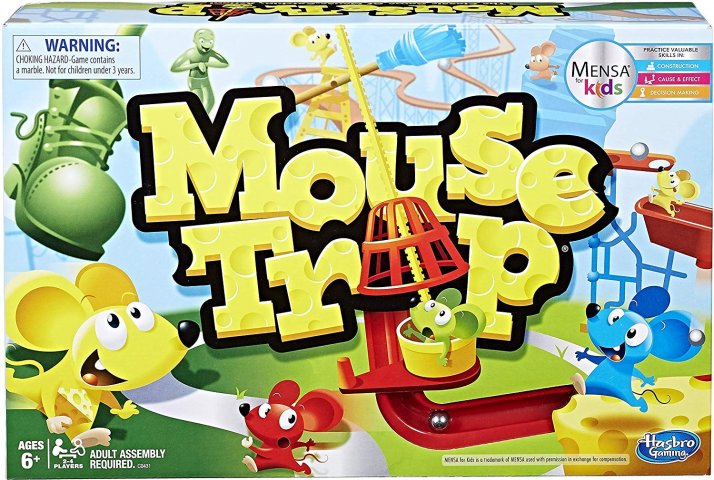 Mousetrap was one of the first mass-produced three-dimensional games to hit the market in 1963. The game is designed for 2 - 4 players to navigate their pieces through a complex mousetrap collecting cheese card on the way. This allows them to move other mice to the cheese wheel, which is a bait for the trap. Once the trap has been constructed, players can attempt to capture other mice by turning a crank, which activates the mousetrap. The winner is the last mouse who survives without getting trapped. The game is suitable for kids aged six years and older. It can be purchased on Amazon for Rs 1,500.

Writer
Malathi
Malathi is a freelance content writer offering blogging, ghost-writing, and copywriting services. In addition to developing digital marketing content, she maintains niche websites related to kids, parenting, and pregnancy. Malathi's works have been featured on several prominent blogs and websites. When she is not writing, you will find her exploring exotic locales on our beautiful planet.

It is overwhelming when a child is diagnosed with an autism spectrum disorder. Several conditions affect the child, including trouble with communication, maintaining eye contact, concentration, sensitivity to touch, smell, and sound. Studies show that board games help children with ASD and develop skills that they would usually find hard to master. The games have a predetermined set of rules which can motivate children with autism to repeat gameplay. Also, the focus of the child is on the board and not on eye contact made with the people around them, therefore, allowing them to interact with the other players and get out of their comfort zone. Games involving patterns, numbers, or matching shapes can help them practice and improve their skills.

Several board games have been adapted to cater to kids with autism; Candyland, battleship, and Chinese checkers, to name a few. These games are simple but may involve some strategy and are useful for kids with ASD as they pick new moves every time they play.