Want to Bake a Cake But Don't Have Baking Powder? Check out These Simple Recipes to Make a Delicious Cake Without Baking Powder in 2020

Although it may come as a surprise to some of you but baking a cake at home without baking powder is definitely possible. So, if you have run out of this key ingredient and still wish to bake a cake for your loved ones, then you have come just to the right place. This BP Guide will take you through simple recipes of making a mouth-watering cake without using baking powder.

Why is Baking Powder Added in the Cake Recipe? 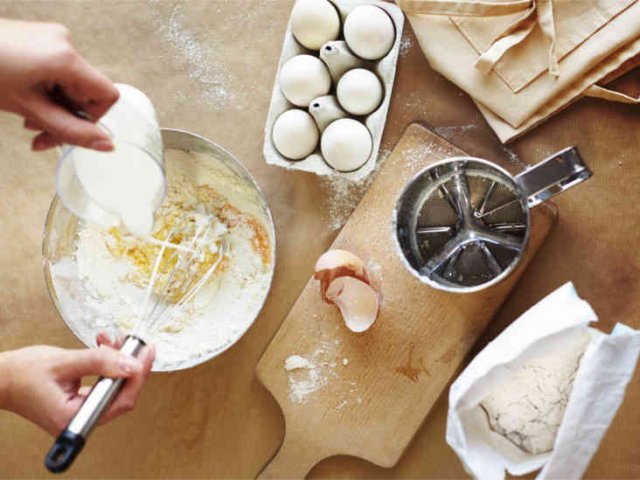 Amidst the current lockdown situation, it is no surprise that almost all of us have turned out to become a home baker or a chef! Even if you had been baking at home for a while, then this is the time to devote more time towards this passion. But it could turn out that you are short of a few ingredients. Also, certain people may dislike the usage of the so-called profound chemicals like baking powder and baking soda in edible items like cakes!

So, here we present to you, some amazing alternatives to baking powder and baking soda while baking a cake. We have also tried to include some easy cake recipes to try out without using baking powder!
However, the doubt still persists. Why exactly do we use baking powder to make cakes? Will cakes turn out to be the same, if made without baking powder? Let us take a closer look at the answers here. Basically, there are two main reasons why baking powder is used in cake recipes: 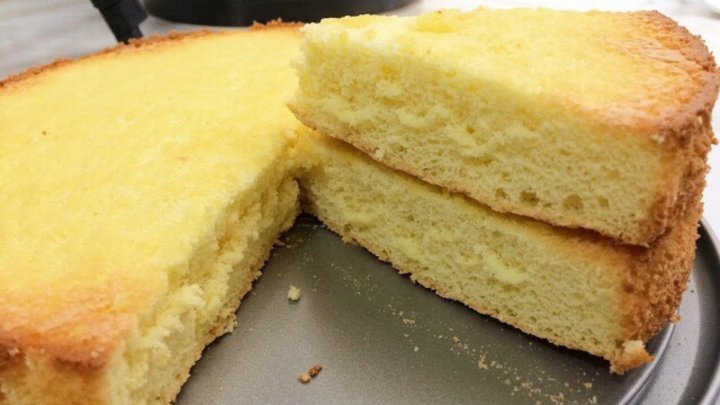 Cake batter is ideally prepared by mixing both wet as well as dry ingredients. In essence, it is required that the ingredients (especially the baking powder) are blended well to achieve a creamy texture. As a result, you will notice that air bubbles are infused into the batter. This is actually caused by the carbon dioxide produced as a result of the chemical reaction by mixing the ingredients. When exposed to heat, the batter releases the carbon dioxide trapped inside the air bubbles, causing the batter to rise and helps to cook the cake to perfection. Nevertheless, it is advised to avoid large air pockets or holes in the cake. To ensure uniformity in texture throughout the cake, you have to make sure to gently whisk or “fold in” the batter well. 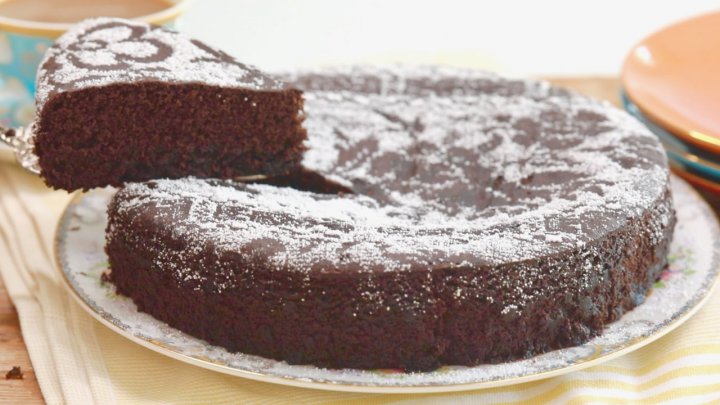 Too much baking powder, will cause the batter to rise rapidly and then, collapse all of a sudden. The cake tends to lose the tenderness and will have a coarse fragile crumb with a fallen centre. Well, if you don’t add enough of the baking powder in the batter, the cake will have a poor volume and will result in a compact crumb. 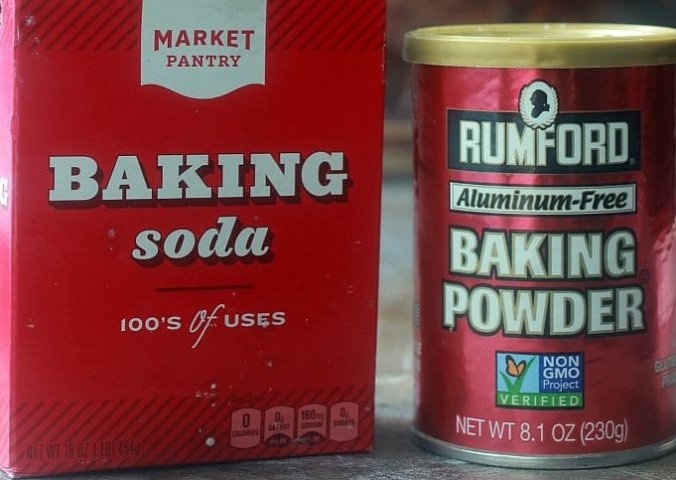 Have you been hearing too much about baking powder and baking soda? But can’t seem to make out the actual difference between the two? Here are some pointers for you to compare and contrast between both these ingredients.

As a rule of thumb, it is to be understood that both baking soda and baking powder are leavening agents. They are added to the recipe to help the batter to rise, and cook the cake to perfection. Apart from the fact that both of them look alike and sound similar, there is a major factor that differentiates both the compounds. The addition of an acidifying agent!

Baking powder, on the other hand, is a complete leavening agent, meaning it contains both the base as well as the acid-like sodium aluminum sulphate, calcium acid phosphate, or cream of tartar, needed for the product to rise. The base is ideally sodium bicarbonate, or baking soda itself! Thus, baking powder is quite similar to baking soda in action, only that there is no need for an external acid, as the acidifying agent is already present in the original composition.

Also, it is worth noting that there are two types of baking powder available – single and double-acting. Double-acting baking powder is the one that is generally available for household use. Here, the powder creates two separate reactions – one while being added to the batter, and the other while being cooked under heat. It is favourable that the reaction is extended like this, as otherwise, the leavening will happen all at once! 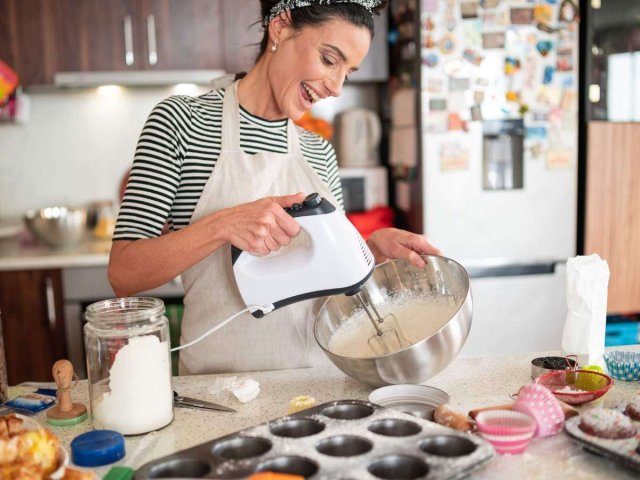 So, here we are at the core of the matter. What to replace the baking powder with while baking a cake! Since, you now understand that baking powder is crucial for the cake batter to rise, how exactly do you justify any other element in its replacement?

First and foremost, it is important to know that the art of baking and cooking also involves a lot of scope for experimentation! So, if you are feeling puzzled about replacing baking powder, then we recommend that you play it cool! There are quite a lot of alternatives to the most common ingredient used in baking, that it will leave you almost amazed that they all work as well as the baking powder itself!

From the large number of additives that work as a substitute for baking powder, we have carefully chosen the ones that are most commonly seen in kitchens or are easy to procure. So, read along as we reveal the most useful baking powder substitutes and easy recipes to bake a cake with these ingredients. 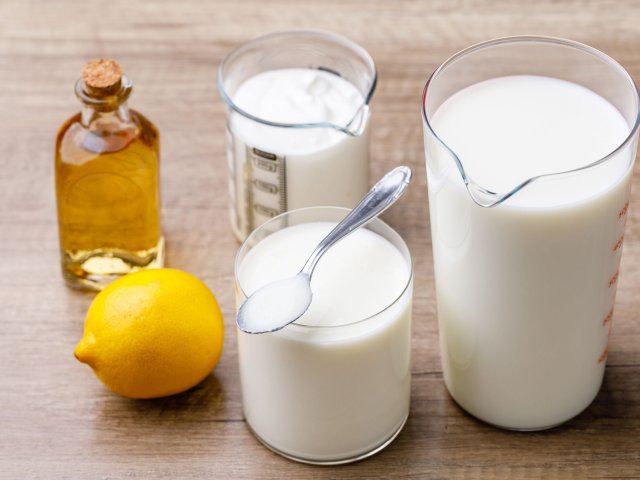 Buttermilk is a dairy product that can be easily used as a substitute for baking powder. Commercial buttermilk is basically cultured milk that is formed with a pasteurization process involving good lactic bacteria, to break down sugar into acid. However, you can prepare buttermilk at home by churning sweet cream into butter. Buttermilk is formed as a byproduct during this process. Full fat buttermilk is the best option when it comes to substituting baking powder, as the low fat and skimmed ones do not give good results. 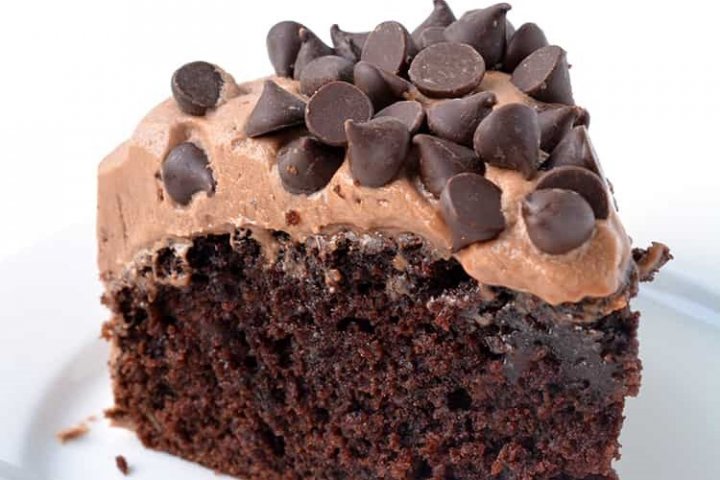 Try out this delicious chocolate cake made with buttermilk instead of baking powder. It tastes just as good; in fact, even better! 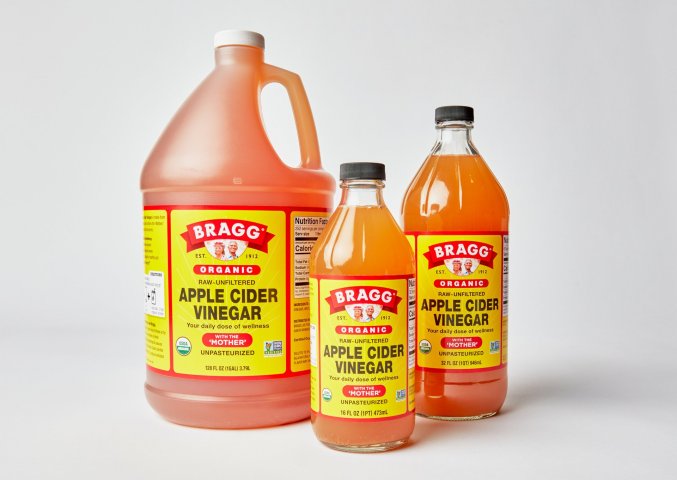 Even though it has a strong and distinctive flavour, vinegar can quite easily be used in baked products. The acidic pH of vinegar makes it the right substitute for baking powder. The leavening properties of vinegar help it to make cakes rise and turn fluffy. There are many variants of vinegar; the most common being white and apple cider vinegar. In the following recipe we are adding apple cider vinegar, but you will be surprised to see how the ingredient doesn’t leave behind any nasty smell or taste in the cake. 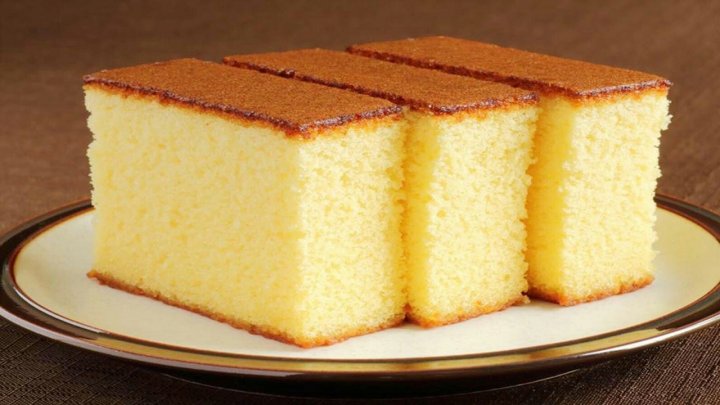 This egg-less vanilla cake is perfect for vegans looking for a recipe without eggs. Yummy, crumbly vanilla cake that tastes absolutely delicious! 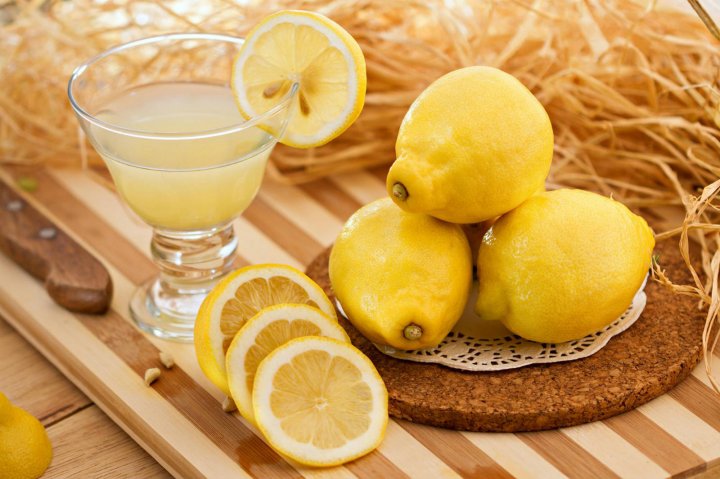 A staple of most kitchens, lemon juice is easy to find and use in recipes when you don’t have baking powder on hand! The citric acid in lemons is a perfect acid additive for baking recipes. Since it gives a distinctive sour taste, it is recommended to avoid using it in large quantities while baking.

Lemon Cake with No Baking Powder 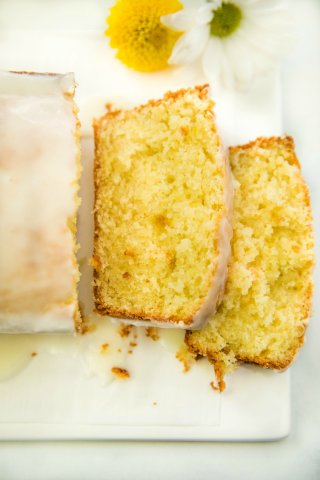 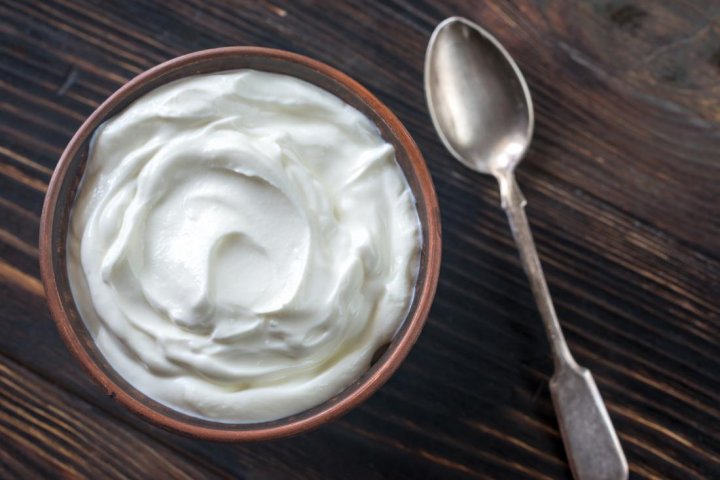 This dairy product is formed from the fermentation of milk with bacteria. Lactic acid in yogurt lowers the pH and increases the acidity in the yogurt. It is perfect as a leavening agent in replacement of baking powder. However, be careful about the quantity of wet ingredients when you add yogurt to a recipe; as it increases the liquidity of the recipe anyway.

Here is a yummy and soft yogurt cake that tastes amazingly different. The cake is a little dense but is bursting with flavor and is healthy too! 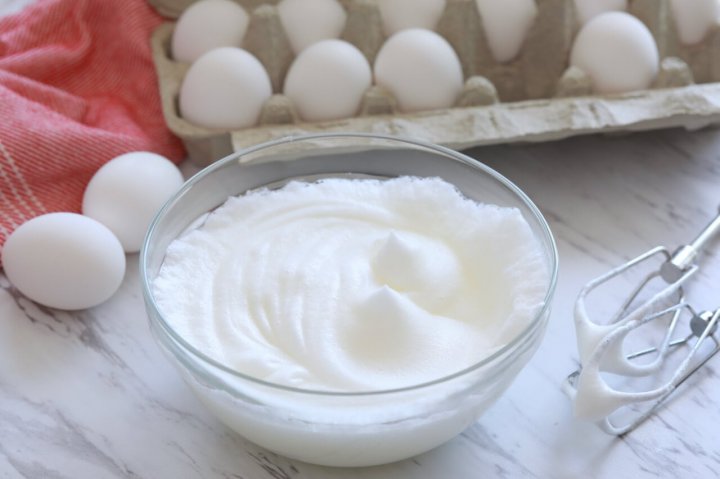 Usually when we try to make desserts without baking powder, there is always one ingredient that acts as a leavening agent instead of baking powder. And, did you know that this ingredient could be the very common “egg”? Yes, egg white when whipped, traps in a lot of air thus giving the cake volume and fluffiness. However, in order to get the right consistency it's best to use an electric mixer, as mixing with hand may turn out to be cumbersome. Also, when you fold in egg whites into the batter, always make sure to do it very carefully and slowly! 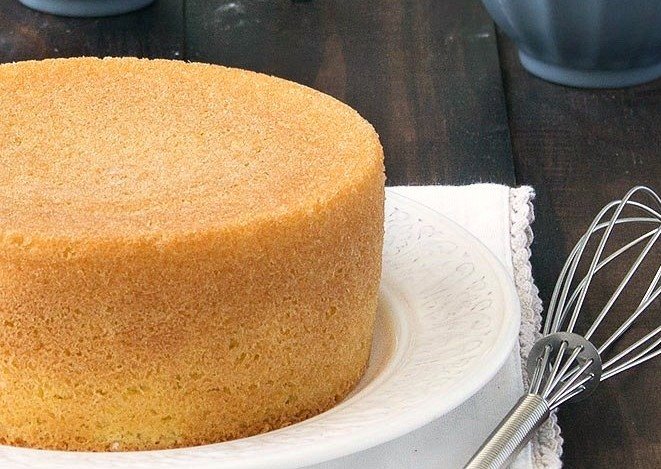 This traditional Italian sponge cake is easy to prepare and super delicious to eat! Besides, you need just three basic ingredients to make the cake – eggs, flour and sugar.

Writer
Rubina Cheruvalath
Rubina is a free thinker and a dreamer. She believes that there is something to be learnt from everything. In spite of securing a technical education, Rubina chose to think beyond it and work in the management field. A proud mum of two boys, she aspires to explore the world with her family and create cherishable memories.

Baking a Cake Without Baking Powder is Easy

By now you would have realized that baking a delicious cake without baking powder is easy if you follow the simple recipes given in this BP Guide. Your family will love you for the surprise that you have in store for them. We hope you would have liked this article. Stay connected with us for more such engaging content.