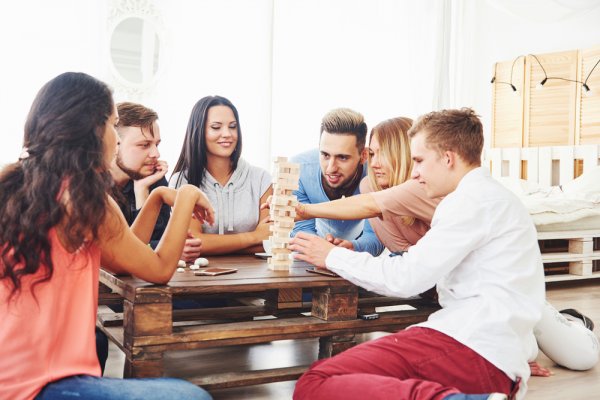 In Between Your Work and Family Commitments, Have You Played a Board Game Recently? Check out these Exciting Board Games for Adults and Spend Some Quality Time Together in 2020!

In this technologically driven, hectic modern-day lifestyle, with an extreme focus on work and family commitments, most of the people have forgotten to play, relax and have a good time together. Why not make a group of close friends and family and spend some quality time together playing exciting adult board games? You will be surprised to know how many new and extremely engaging adult board games are now available which will keep you engrossed for hours and also relax your mind.

The Top Board Games for Adults That You Can Buy Online 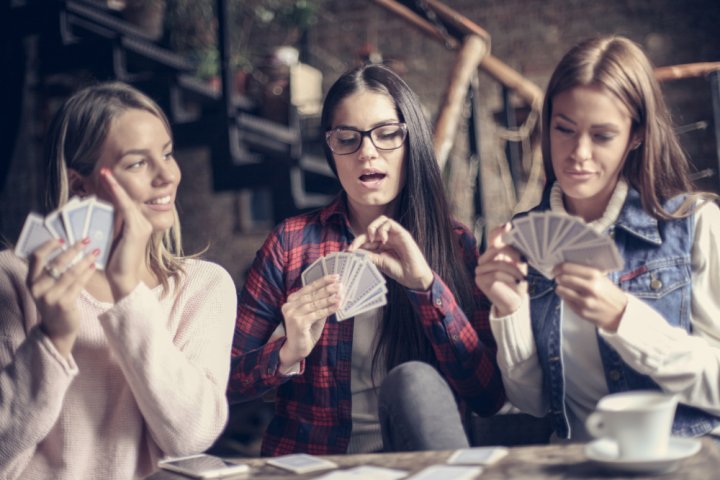 History of Board Games 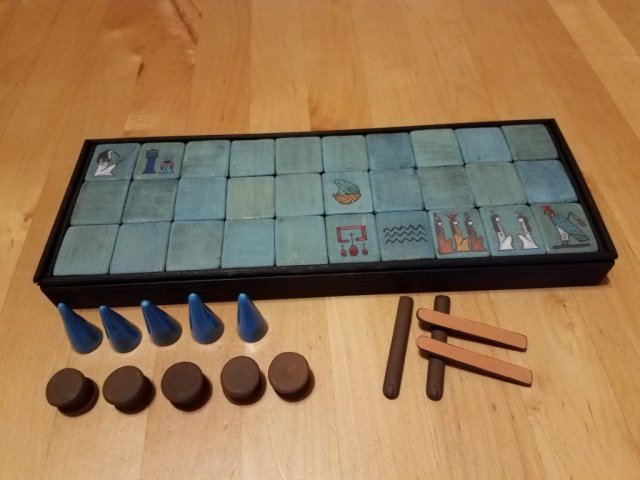 You would be surprised to know that board games were there in almost all civilisations that we know of. You will come across various depictions on the walls of pyramids, pagodas, temples and various other significant ancient monuments. The origin of board games has been traced primarily to China, India, Persia, etc. and has been gradually passed down over the ages.

One of the earliest games which are still found today is Senet – a game that was found and is still played in Egypt. A few years ago it was discovered in a burial chamber and was also discovered in one of the Nefertari paintings. The popular board game - Backgammon, was found in the tombs of Iran which date back to as early as 2600 BC. A similar version of the same game was also found in Babylonia. Go is another board game that was found in ancient China. Mahjong and Mancala are other board games that were found in the ancient Chinese civilization and are played even today in various other countries in different formats.

Milton Bradley is considered one of the most renowned inventors of board games in the recent past. He created the Game of Life in the year 1860 which is considered an extremely popular game even today. Thus, board games do have a rich history and have been uniting people on a board for ages.

The Various Types of Board Games 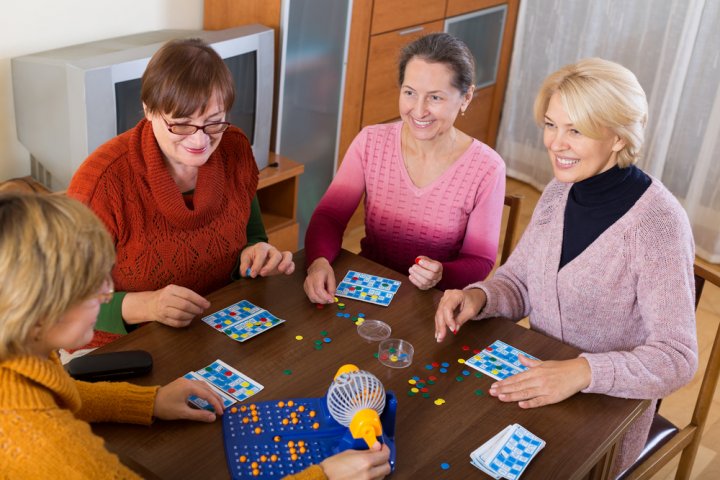 There are multiple genres of board games depending upon various factors. If you want to understand the different types you should refer to the list below: 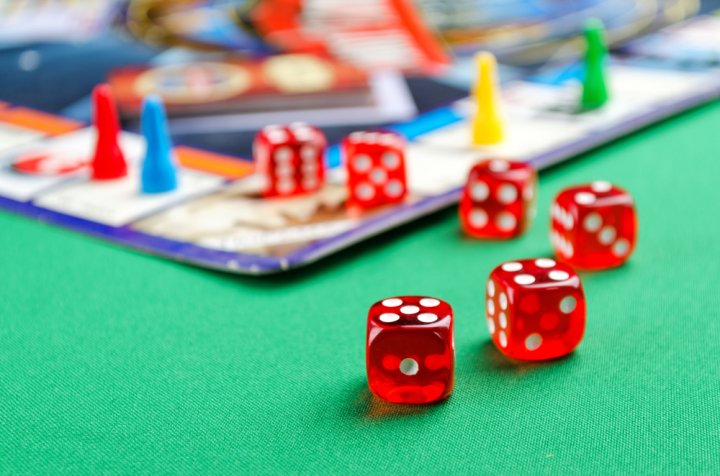 The roll and move games are primarily loved by folks of all age groups but are a favourite amongst kids. This kind of board game involves dice or a couple of dices to determine the number of moves you need to move. It can be a sort of a race with two defined start and endpoints and a certain set of obstacles in-between. The popular roll and move games include Candyland, Monopoly, Camel up, Talisman, etc. 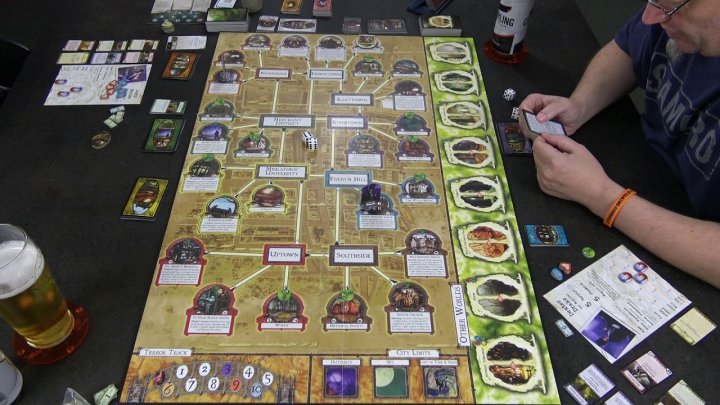 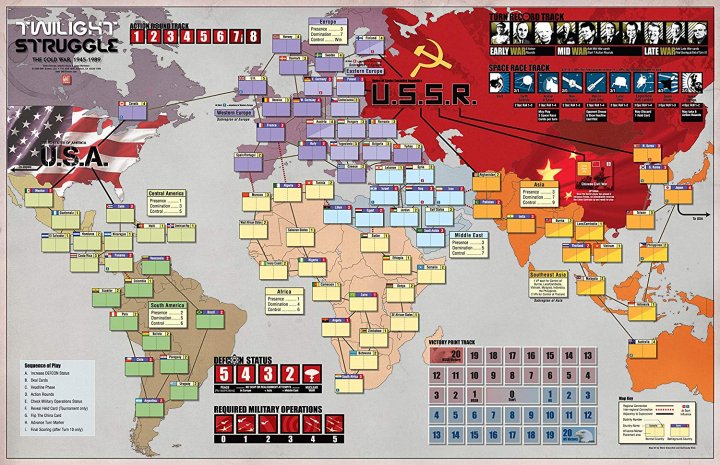 Area control games are also called territorial games – as you can figure out from the name of the game it involves game-play wherein you have to conquer/capture territories and then defend/maintain it from other intruders. Popular board games in this category would be War of the Ring, Twilight Struggle, Risk, Smash Up, etc. Deckbuilding games are otherwise popularly known as the power card games. Here you would get a set of cards with certain powers that you can upgrade, trade, attack or defend with other cards and at the end, you need to build the complete deck in your hand or ensure that the other players do not have any cards in their hand. Popular games in this category would be Dominion, Concordia, Above and Below, etc. 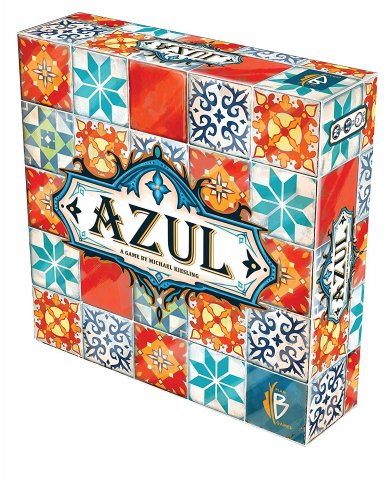 A self-explanatory and one of the most ancient types in the world of board games – the puzzle game involves the arrangement of things, combinations, recognitions, alphabets and numbers as well. Puzzle games are very popular in European countries but have great appeal in Asian countries as well. Few of the noteworthy puzzle games include Azul, Qwixx, Torres, etc. 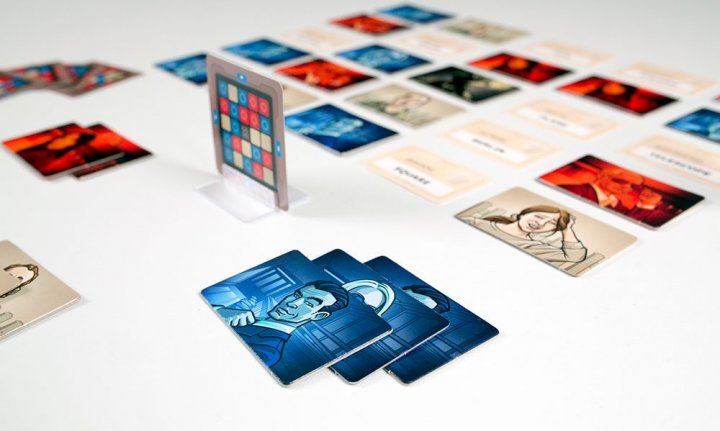 Exciting Board Games for Adults 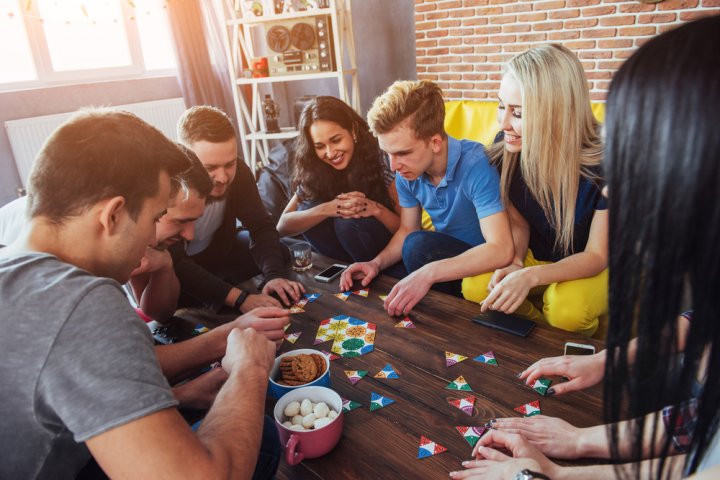 After going through the different genres of board games available it would surely have raised your inquisitiveness to look for the best available board game in the market. To help you out with this task, we have compiled a comprehensive list from which you can choose the board game best suited for you: 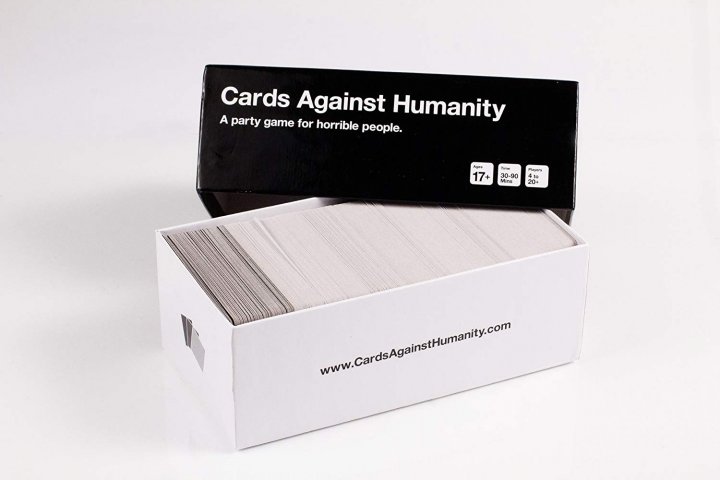 This game is one of the most quirky party games that you would come across. In this game you would have two sets of cards – black cards wherein some of the most awkward set of questions would be given and a set of white cards wherein an equal set of awkward answers would be there. The rule of the game is one would pick the black card and ask the question which would be on the card while the other folks need to speak up the answer which is there on their respective white cards. The game is sure to fill your party with laughter and ensure your friends have a great time. The Cards Against Humanity card game is available on Amazon and is priced at Rs. 799.00. 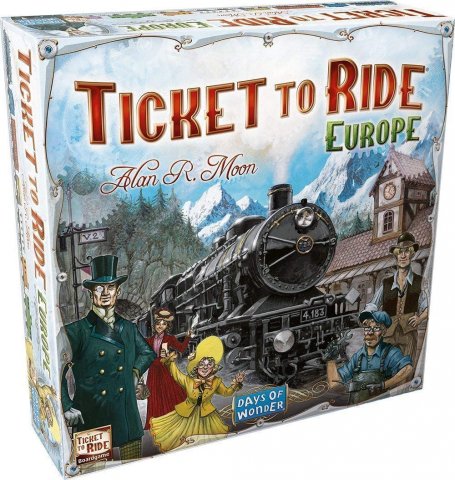 A wonderful board game which creates an ecosystem as if you are enjoying a train ride wherein you have to travel the whole of Europe. To make the aura more livid the game has been enhanced with features like train stations, tunnels, ferries, etc. The game board has brilliant illustrations and is sure to keep you engaged until the end of the game. Up to 5 people can play the game with 2 being the minimum number. You can touch base famous cities like Moscow, Lisbon, Constantinople, etc. The Ticket to Ride board game is priced at Rs. 4,749.00 and you can get it from Amazon. 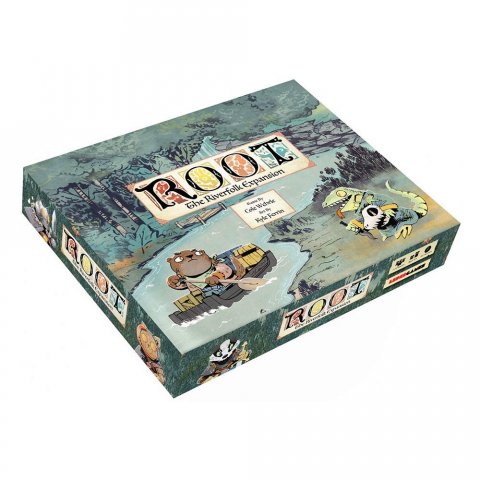 This adventurous board game comes under the category of area control games wherein the players would be vagabonds who are looking to capture territories as they go across the mainland. While capturing the territories there would be multiple challenges that would come and you would have to make alliances, collect stuff, make new equipment and many other aspects are there which makes the game very engaging. A minimum of 2 players are required for this game with a maximum of 6 players. The Root: The Riverfolk Expansion is priced at Rs. 4,599.00 on Amazon and you should go and get one for your friends or family today. 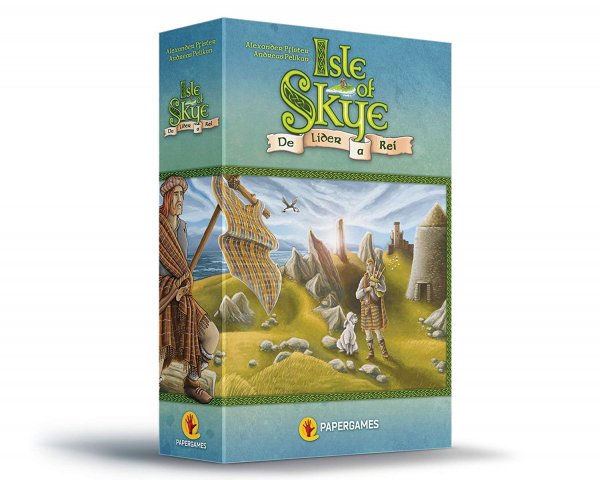 This board game falls under the category of area control games as well, wherein the main objective of the player is to build his or her own empire. It is a tile placing game wherein you will have to pick tiles in multiple rounds and place them. You will also have the scope to earn through the tile placements and with the money you earn you have to take decisions of expansion and play accordingly. The game can be played between 2 to 5 players. The board has lovely illustrations that are like an attention drawer. The price of the game is Rs. 2,100.00 on Amazon. 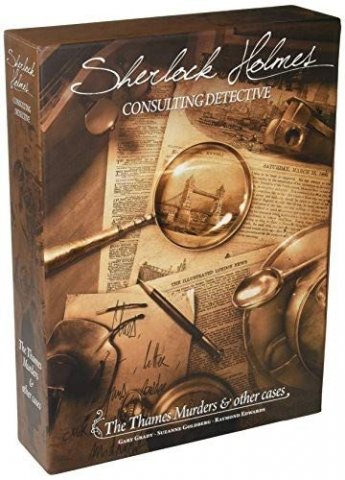 For all of you who love mystery and have the acumen of solving riddles or use your brain to identify clues and solve things – this is the game to have. This game would be a mystery to the players and can involve up to 8 players. While playing the game you will get the real-time feeling of walking down old Victorian alleys and searching for clues, interviewing suspects and then moving ahead to solve the mystery. The game is engaging and is sure to keep you and your friends on your heels. The illustrations are beautifully done and the playing time of the game can range between 1-2 hours. The game is priced at Rs. 14,575.00 and is available on Amazon. It is the usual Monopoly but the ecosystem of the game is designed completely in accordance with the Game of Thrones theme. In the game, the setup is such that you set your sails through the territory of Westeros and the currency is in accordance with the honorary sigils. You will get the option to trade locations and build castles with the entire objective of establishing your decree on the Iron Throne. One great feature which you have in this board game – the Iron Throne card which will keep on playing the theme song. In the history of Monopoly games, this is the first time wherein an element of music has been introduced. This Game of Thrones edition of Monopoly is priced at Rs. 2,999.00 on Flipkart.

Funskool The Game of Life 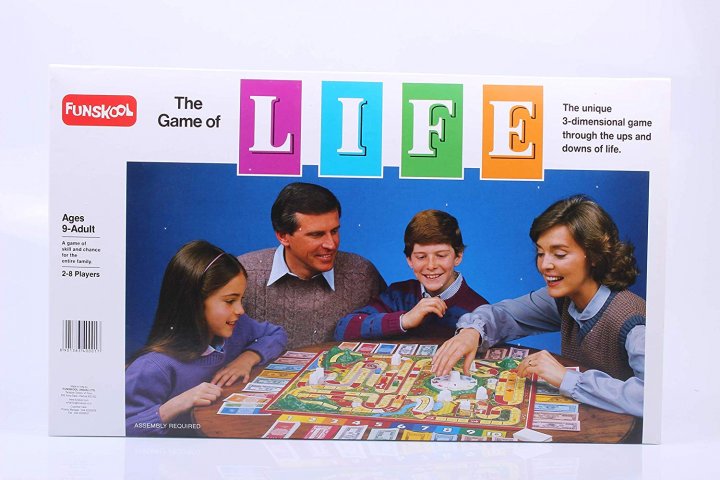 This is one of the most popular board games which have been there in the market for quite some time. The game reflects our everyday life and gives an objective to the players to create as much as assets by the end of the game. Real-life scenarios like raising your child, buying properties, etc are there wherein you have to make your moves to proceed in the game. There is a spinner that would give you the direction to move and accordingly, you have to proceed. A minimum of 2 and a maximum of 8 players can play the game. The Game of Life is priced at Rs. 849.00 on Flipkart. 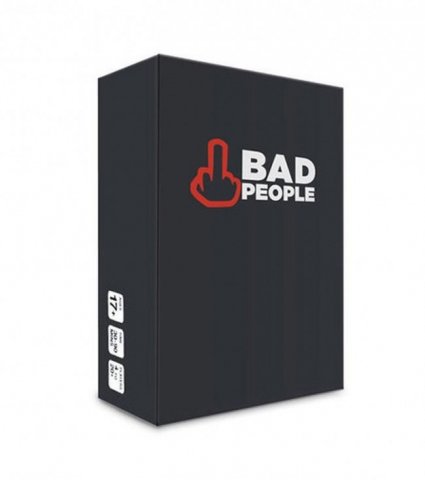 This is another great party game that you can select to organise for your friends. The main agenda of the game is to gauge what your family or friends think about you. There would be multiple cards in the game which would have various awkward questions. One person needs to read the question aloud and then quietly select the person whom he thinks would fit the question best. Thereafter the other players have to vote. If the players give the correct answer, then they would win one point each. The first person to reach a tally of 7 would win the game. The Bad People game is priced at Rs. 1,989.00 on Home Import World. This is a fun adult party game wherein your moral compass would be challenged. You would be required to debate on how your friends or you would react to certain provocative situations. There are multiple situations that would come with the box and the person who would sit in the hot seat has to respond through "yes", "maybe" or "no" statements. At the same time, the other players would vote. It is really a fun game to organise and play. The Funskool Scruples is priced at Rs. 649.00 on FirstCry.

Benefits of Playing Board Games There are multiple benefits of playing board games. Some of the most important benefits are:

Make Playing Board Games a Part of Your Life

We all grew up playing board games. Somewhere during the rat-race called life when everyone was becoming an adult, everyone forgot about a critical part of our childhood - playing board games. Now is the time that you realise the various benefits that accrue from playing board games and devote sometime to play board games again and have a great time with your friends and family. We hope you would have liked this article, stay connected with us for more such engaging content which impacts your daily life.