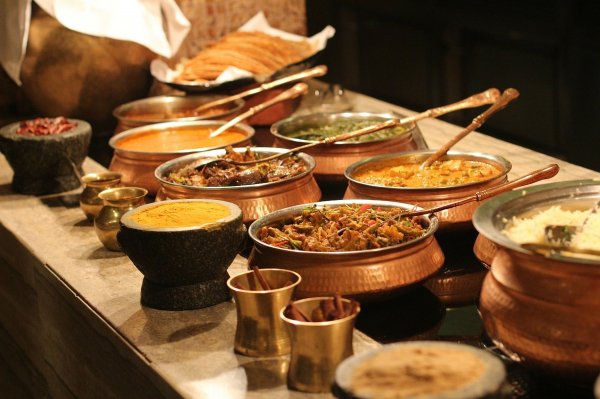 Deciding What is for Dinner is Always Tough(2020): Spice up Dinner Tonight with Our Best of Indian Dinner Recipes.

Meatloaf? Boring. Spaghetti and meatballs? Yawn. If you’re in a dinner rut, it’s time to expand your horizons. Presenting 10 Indian-inspired dinner ideas to try. These dishes prove just how simple it can be to opt for cooking in your kitchen versus relying on takeout.

What Is a Typical Dinner in India? 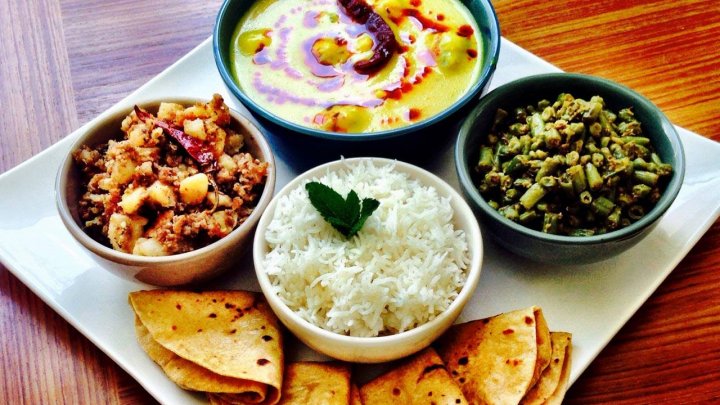 Indian dinners vary across regions but usually consist of roti, naan or rice, at its core, served with dal, a lentil stew or other vegetable and meat dishes. The flavour of traditional Indian meals covers the full spectrum with sweet, spicy, sour and some bitter notes. Hot and strongly flavoured foods are eaten across the country but most meals also include milder components. Food is usually coupled with plain water, although occasionally people consume lassi, a drink of thinned yogurt with their meals. Tea is a popular hot beverage consumed in the north while people in the south of India enjoy coffee with milk. Indian desserts consist of rice pudding and milk-based sweets soaked in sugar syrup among others.

4 Reasons Why Indian Food is Beneficial for Your Health 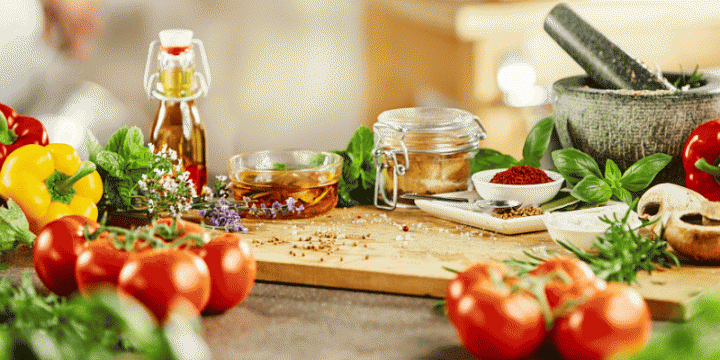 Indian dishes are made from scratch with fresh ingredients, thereby free of preservatives and artificial ingredients, making it very healthy. 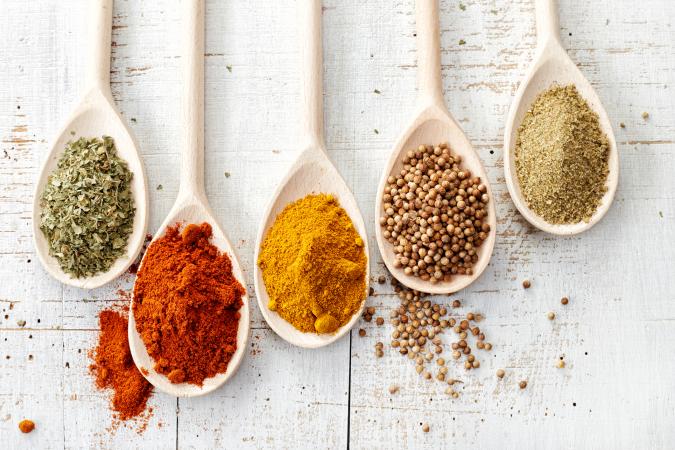 Most spices used in Indian cooking provide various health benefits if consumed in moderation. Turmeric has anti-inflammatory and antioxidant properties which have the potential to prevent heart disease, black pepper aids in digestion, cloves provide relief from various tooth problems and cumin helps to control blood pressure. These are some of the spices used in food that not only provide flavour but are good for health.

3. Use of Lots of Grains 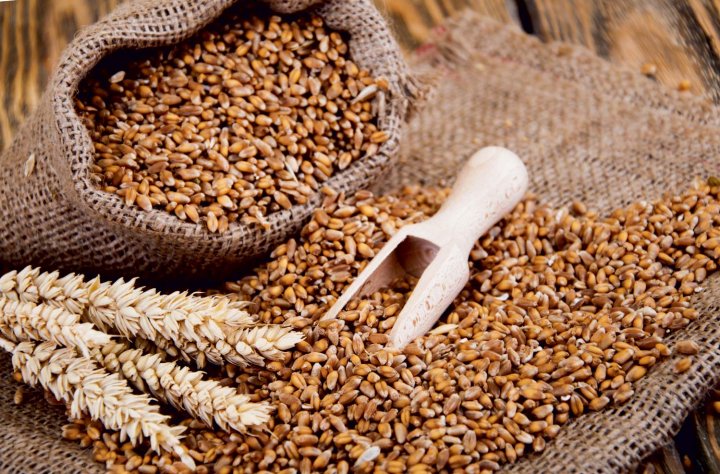 Rice, Bajra and Jowar are grown in abundance and are therefore a staple in India. This along with a variety of pulses used in Indian food provide the necessary protein and carbohydrate for the body. All vegetables and fruits used are cooked in different ways to retain their freshness and nutrients. Therefore, its health benefits can be redeemed enjoyably. 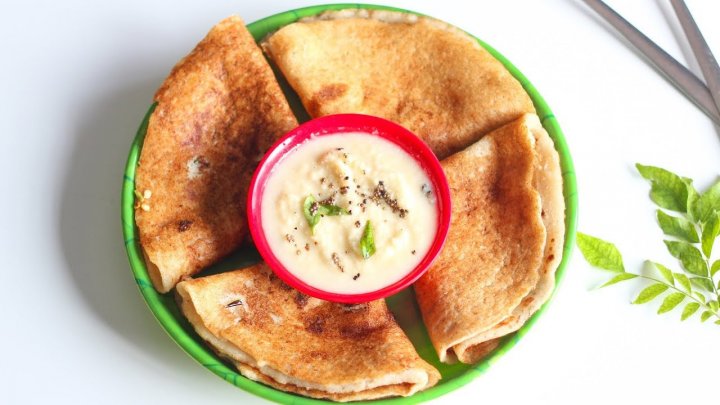 A comforting and delicious bowl of oatmeal is packed with protein and is low on fat and full of fibre. It boosts your energy and helps you lead a fit and healthy lifestyle. These reasons are good enough to switch to oats for your meals tomorrow. Although oats are paired with only sweet foods like sugar, or fruits, it can also be used to prepare a delicious savoury dish like oats-dosa, a lip-smacking recipe. 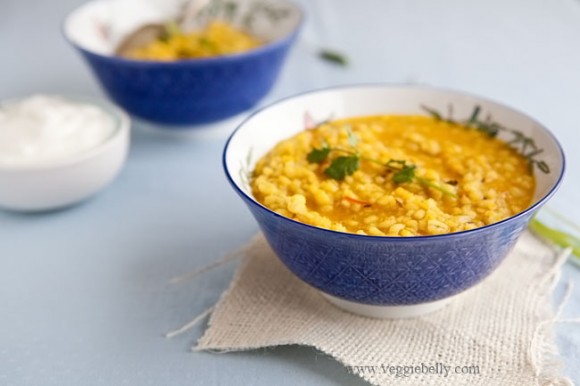 Khichdi is a homely meal that is soothing and satiating to the palate. You do not have to stick to the traditional ingredients while making khichdi. Give an innovative twist to it by replacing rice with fibre-rich grains like barley, which will keep you full for long because of its rich fibre content. Take this khichdi with low-fat curds for a wholesome one dish meal. 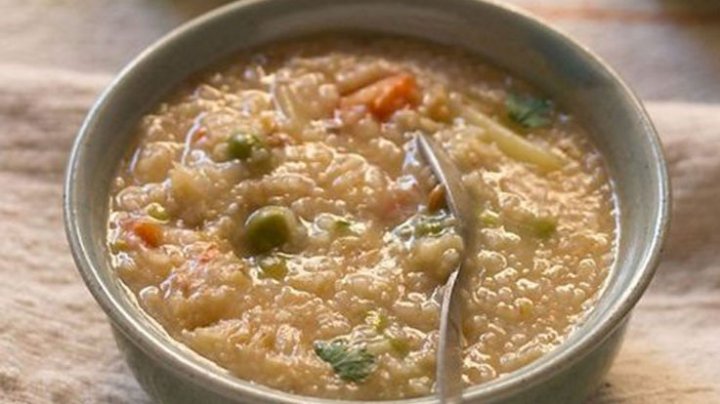 Dalia is a superfood. It is very good source of protein and protein takes a long time to digest, boosts metabolism and supresses hunger pangs. It also stimulates weight regulating hormones. Hence, Daliya is an excellent option for those who want to reduce weight. 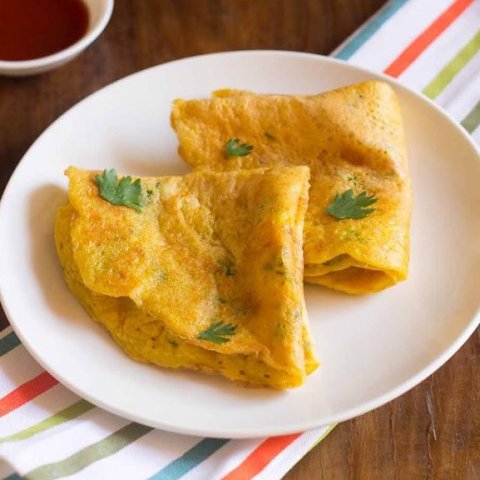 Moong Dal Chilla is a delicious and healthy Indian pancake. It is known as puda or pudla in Gujarat. It tastes heavenly when served with lahsun ki chutney or curd. 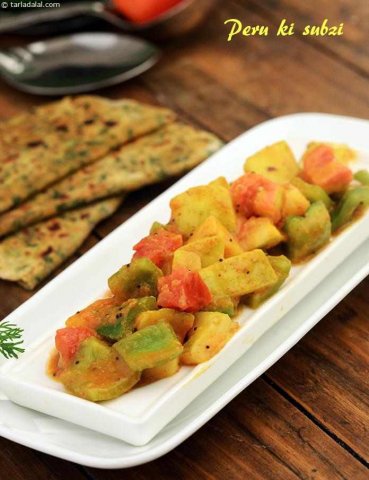 We use veggies to make juices, how about using fruit to make a subzi? Fruits like Guava and papaya combine well with spices and the resulting aromatic concoction is sure to satiate your palate. The fibre-rich guavas perfectly blend with tomatoes and capsicum in this delectable dish that makes a healthy treat. 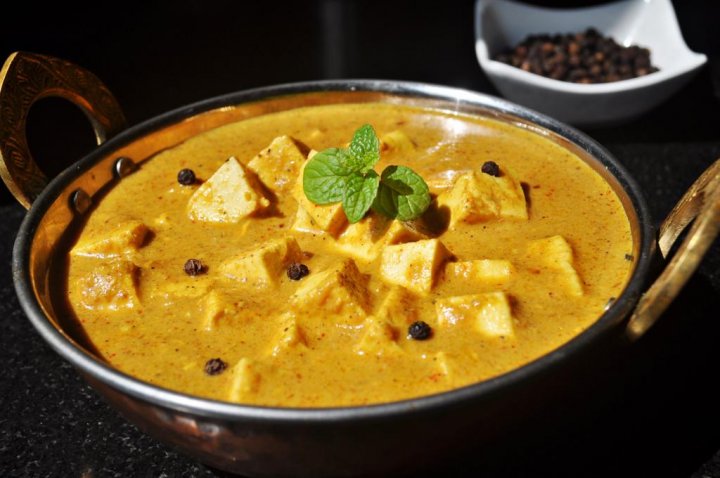 This unique dish uses a generous amount of black pepper and is then cooked under dum. 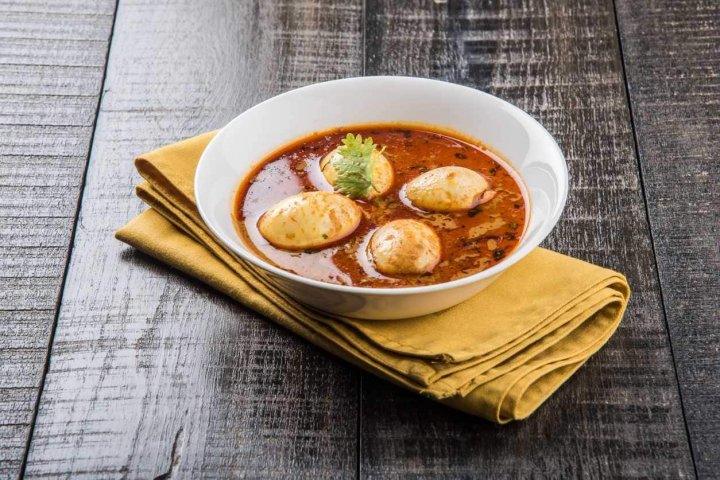 Shahi means ‘Royalty’ and shahi curry has its origin from the Mughlai cuisine. It is a rich dish flavoured with spices and cream. It is a perfect combination for Tandoori Roti or Chapati. 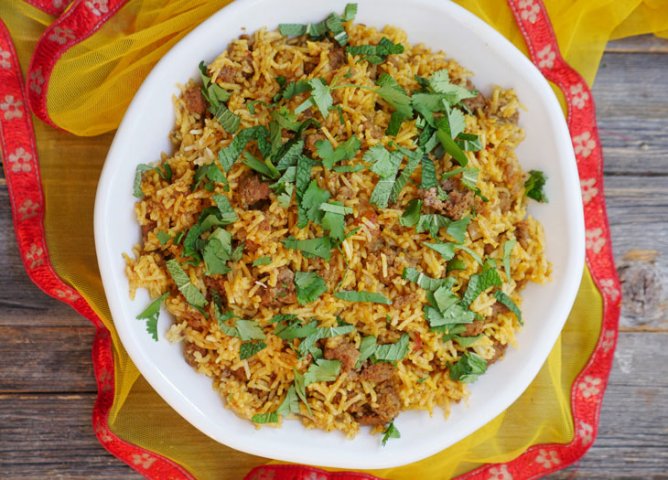 Biryani is a classic dish of India that needs no introduction. With several distinctive styles and variations of biryanis, one is spoilt for choices. Keema Biryani is an absolutely unique specialty that is perfect for occasions like pot lucks or anniversaries. 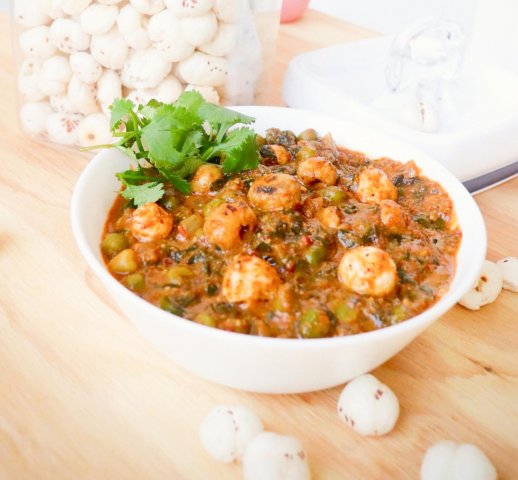 Makhanas or fox nuts are used in sweets and savouries like makhana curry, raita or kheer or enjoyed as a tea-time snack. Makhanas are low in calories and are gluten-free. Makhana mutter curry is a delicious curry that goes well with rice or hot puris. 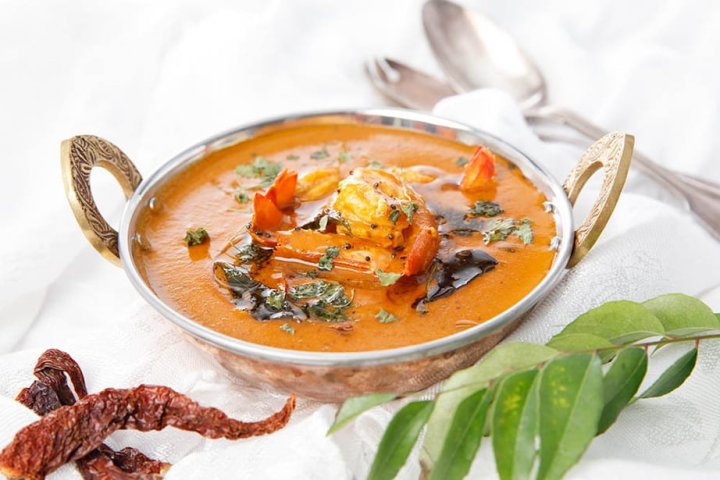 The Malabar cuisine is distinctive as it has incorporated the flavours of various cultures like Chirakkal, Zamarin, Brahmin and Arab that has blended uniquely lending a unique aroma and flavour to its non-veg and vegetarian dishes. The Malabari cuisine includes a wide array of seafood delicacies and Malabar Prawn Curry is one of them. 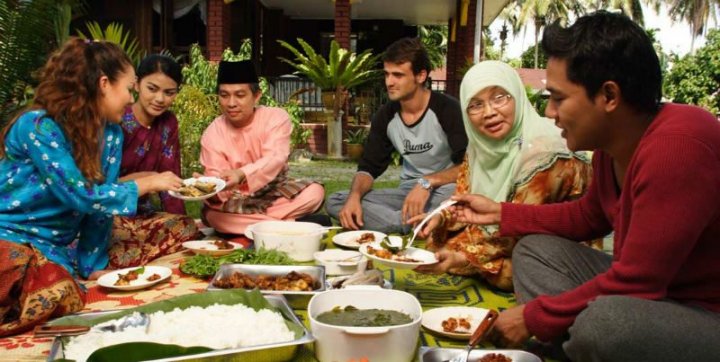 Indians are very hospitable and love to entertain and usually, casually visiting guests are invited to stay for a meal. It is customary to serve drinks and snacks when you arrive along with some chit-chat. When dinner is announced, everyone will wash and dry their hands and proceed to the table. Instead of individual portions, several dishes are prepared and are eaten at one go contrary to 'Courses' in western culture. Although it is acceptable to use cutlery most Indians prefer to use their fingers which is done neatly using the tips of the fingers. However, it is not considered polite to put your fingers in your mouth or lick them. Always use your right hand to eat as Indians consider the left hand unclean. Indian hosts or hostesses will urge you to have some more, as the quantity you eat is considered an indication of your enjoyment of the meal.

Writer
Malathi
Malathi is a freelance content writer offering blogging, ghost-writing, and copywriting services. In addition to developing digital marketing content, she maintains niche websites related to kids, parenting, and pregnancy. Malathi's works have been featured on several prominent blogs and websites. When she is not writing, you will find her exploring exotic locales on our beautiful planet.

Want to cook more from your cookbooks more often but can’t seem to find the time to actually look through them? Use the time while dinner is in the oven! Pour yourself a glass of wine, sit down to browse through recipes to make for dinner next week, and then prepare a list with any ingredients you need to pick up at the store.