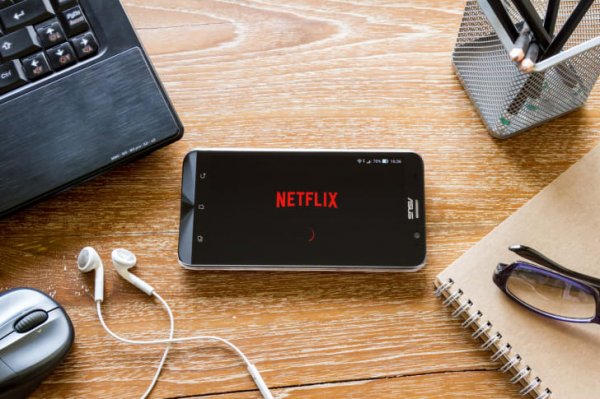 Netflix has come a long way since its inception in the 90s! From movies and tv shows to amines, you name it and it has it all for you to sit back and binge-watch your favourite shows and movies! But did you know there are some tips and tricks to make your Netflix experience even better? Check out this article to know about those along with 8 Netflix must-watch shows in 2019.

Is It Worth Subscribing to Netflix? It’s 2019, and if you haven’t yet heard of Netflix, then, people are going to assume that you live under a rock. But still, if you would like to know then...

‘NetFlix’ is a streaming service that allows people to watch a variety of shows (even the award-winning ones) that ranges from movies, TV shows, documentaries, and many more on numerous internet-connected devices. One of the best reasons why people love Netflix is their variety plus one can enjoy the same without having to watch any commercials.

With Netflix, you will always find something new to watch, and new shows and movies are added regularly. Here's why you should subscribe to Netflix. If you are a subscriber of Netflix, then, you must have noticed them shifting to producing their content. Compared to the original series, you are going to see many hit and miss series too – but the reason that Netflix is keen on experimenting with such ideas that Hollywood won’t touch is what makes Netflix worth it.

And you know what? The exclusive content on Netflix is only going to skyrocket in the coming years.

A Variety of Niches - TV Series, Movies, Anime Series, Documentaries and What Not While the TV series and the feature films have what made Netflix famous, Netflix has a lot more to offer than that.

There are many niche content series and films out there on the platform and not to mention, unique content – you only need to search for them and trust us, it will keep you hooked long after you have finished binge-watching your favourite shows. 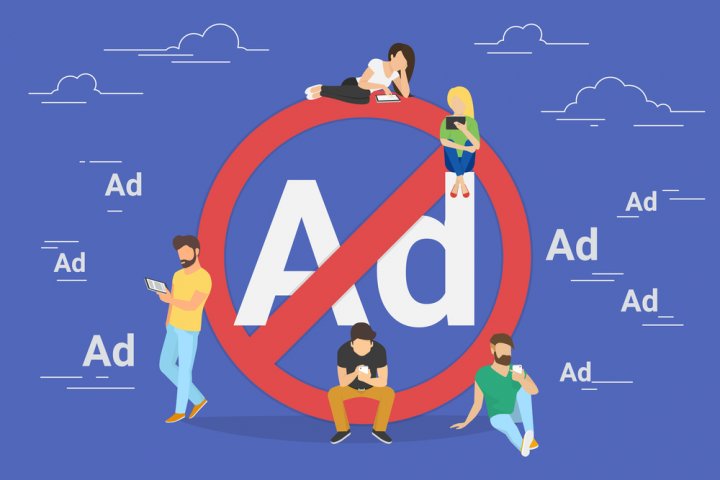 Do you know when Netflix was introduced?

In 1997 – and any other platform which would have debuted at the time would have either sold out or would have pasted advertisements on any space. Know about Hulu and CBS-All-Access? These two services though are subscription-based like Netflix, but they have advertisements, and you have to pay more to remove the ads.

But not Netflix! You can pay the subscription fee and get right to the action. You don’t have to deal with those dreaded 30-seconds of cringe-worthy ads. 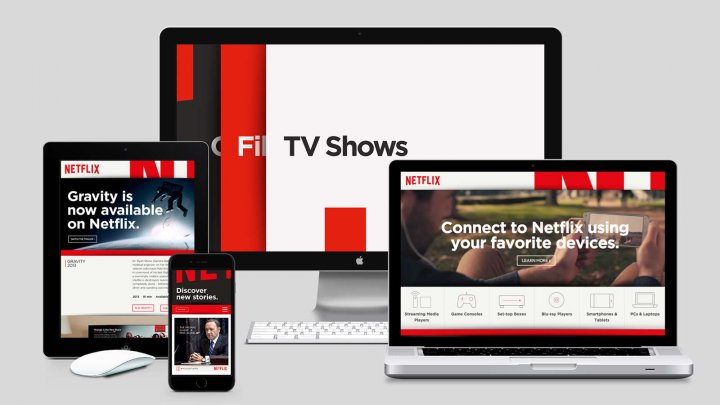 Did you know that you can create multiple profiles on multiple devices with Netflix? This is one feature that you won’t find in many online streaming services.

As of now, you can create up to five different profiles on one device. Since you know that Netflix gives you suggestions on shows based on your viewing habits, so, isn’t it great that you will be able to have one profile for yourself, and the others for anyone else sharing your account? This way, you won't get recommendations for the shows of a genre if you don’t watch that genre.

The Subscription Fee Is Totally Worth It! 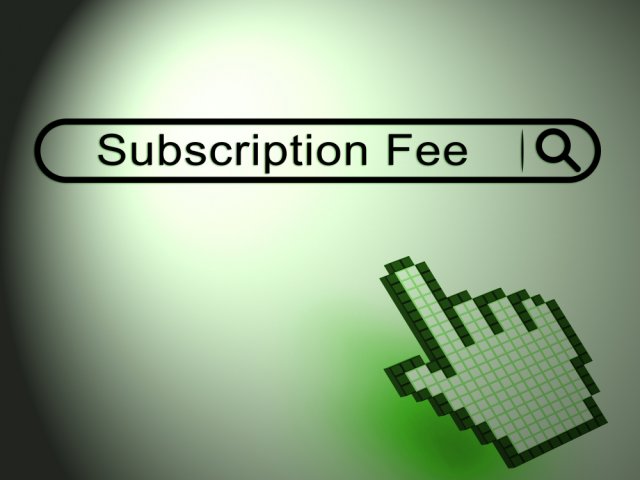 And the best part is that no matter what plan you choose to go for, you are exempt from any fee during the first plan – a wise move, if you want to cancel the fee should you decide that Netflix is not for you. Plus, no matter which plans you choose, you will able to unlock all the shows and enjoy what you want.

Netflix Is with 'Net Neutrality' 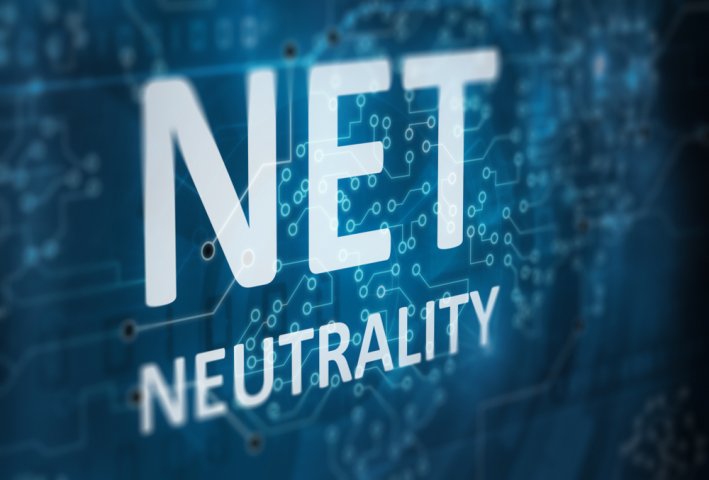 Did you know that Netflix almost dug its own grave when they claimed in 2017 that they don’t need net neutrality anymore – but after facing a lot of criticism and backlash, they have strengthened their commitment for fighting net neutrality, along with other internet giants such as Google, Microsoft, and Facebook?

Use These Hacks to Make the Best Out of Netflix

Make Use of 'Category Codes' 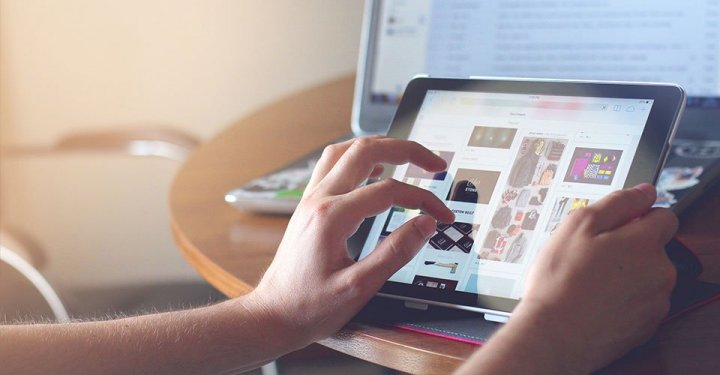 If you feel like you are watching the same shows on Netflix over and over again, you can do something different. You can make use of the category codes that Netflix uses for its niche.

You will find the category code within the URL itself, and it looks something like this – https://www.netflix.com/browse/genre/8241. So, if you want to look up for ‘B-horror movies’, you can replace the category code from 8241 to 2582.

Interested about looking up for the other category codes? Head on to the site ‘Ogre’s Crypt’ – there you are going to find the category codes of all the shows includes the ones for kids. 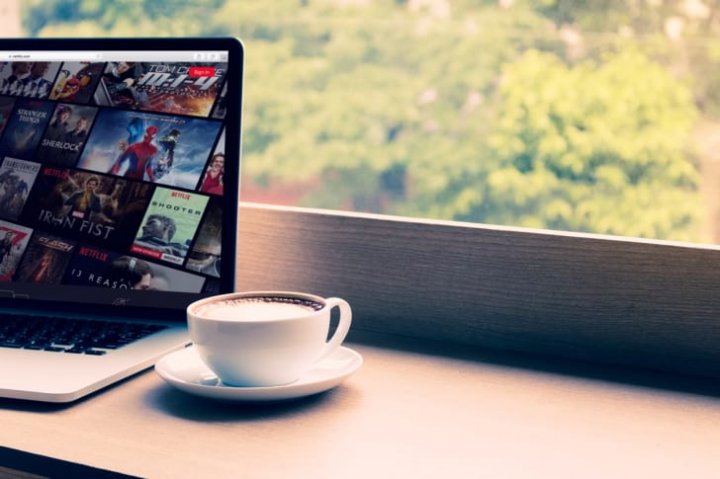 Did you know that Google Chrome has a free Netflix extension that will let you choose the streaming quality of your video instead of Netflix choosing it for you? 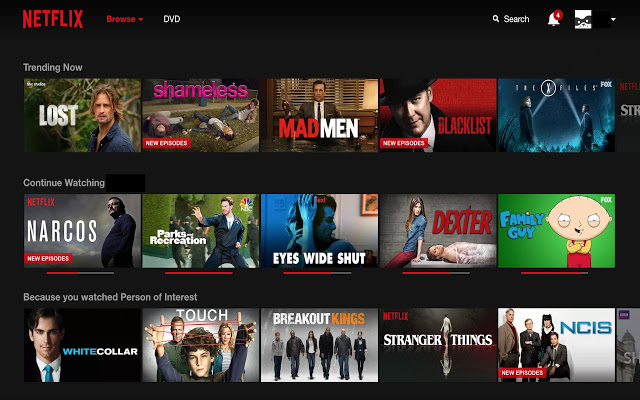 Ever wanted to figure out why you added ‘Black Mirror’ to your watchlist in the first place? Opt for the Google Chrome extension – Flix Plus – this extension will let you add your version of notes to any particular series. 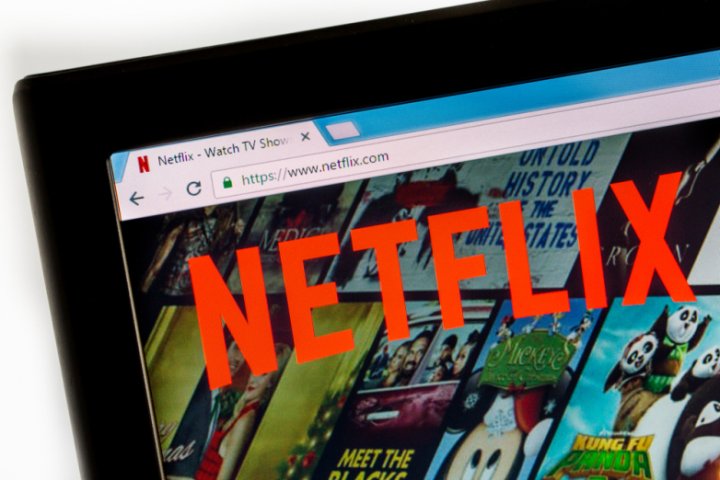 Converting Netflix into an Audiobook or Podcast 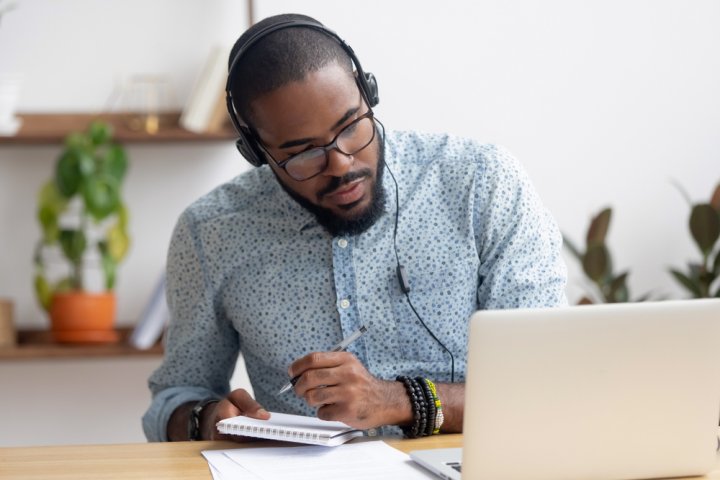 If you can’t focus on Netflix while you have work to do, you can find this hidden feature of Netflix called ‘Audio Description’ that will turn your video into an audiobook or podcast.

This means that this feature will offer narration that will explain what the characters are doing on the screen; though you should remember that this feature is not seen on all the shows, and most can be found on the ‘Netflix Originals’.

Watching Netflix while in Work Mode

Don’t you sometimes want something running in the background while you work with your spreadsheets?

A music player can be minimized, but what about a video? Opt for Helium browser and play Netflix on that browser, and the window will always float on any tasks that you are working on, yes, even spreadsheets; though the only drawback is that the Helium browser is available only for Mac users. 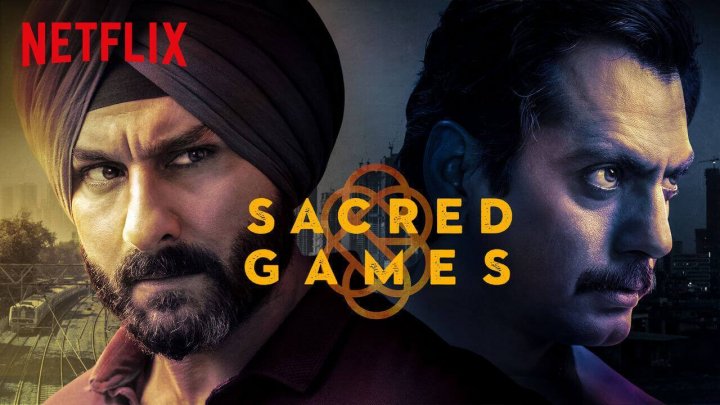 Based on Vikram Chandra’s novel of the same name, this show is directed by Vikramaditya Motwane and Anurag Kashyap under the banner ‘Phantom films’, and is the first Netflix original series in India.

The series follows a police officer Sartaj Singh who gets an anonymous phone call from a criminal gangster Ganesh Gaitonde who tells him to save the city within 25 days. What embarks is a cat and mouse chase around Mumbai.

The series chronicles the events that follow after the phone call.

The good news – we will soon be seeing the second season of Sacred Games, which will premiere on August 15, 2019. 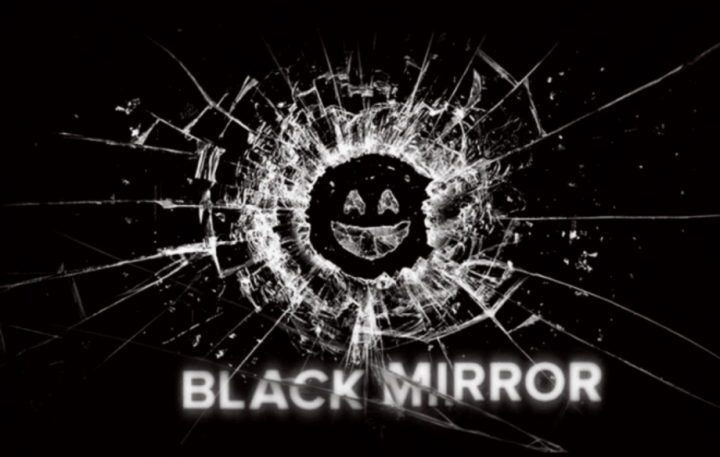 Created by Charlie Brooker, this show is a British science-fiction anthology and shows what the modern society has become, due to the influence of advanced and modern technology, and what the relationship between humans has turned out to be and its consequences.

All of the episodes of this series are standalone and are usually set in the distant future or alternative universe, often tinged with a dark and satirical tone, though some episodes tend to be more on the light and experimental side.

And the best part is that Black Mirror has been renewed for a second part of the fifth season which is set to premiere on August 15, 2019. 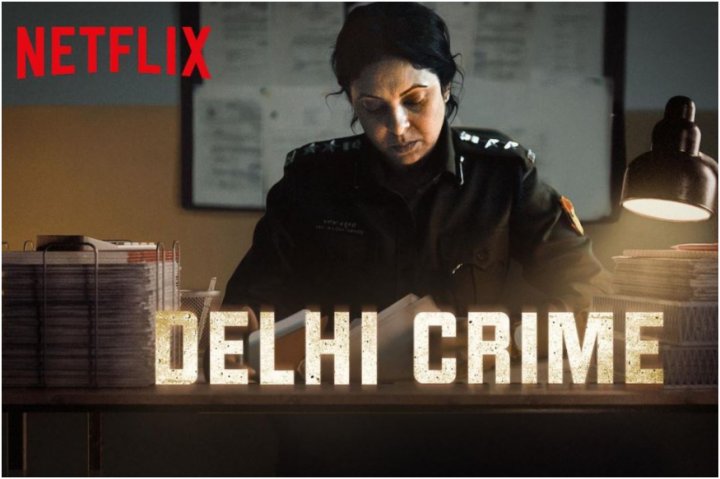 Created, written and directed by Richie Mehta, ‘Delhi Crime’ follows the series of events that took place after the Delhi gang rape in the Munirka neighbourhood, that happened in 2012, in which the Deputy Commissioner of Police is tasked with finding the culprits who are responsible for the assault and death of the female victim.

As far as news goes, this series has just been renewed for a second season. 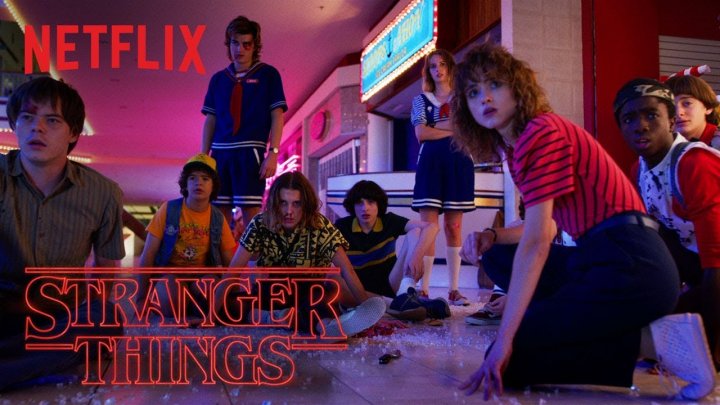 Created, written and directed by the Duffer Brothers, ‘Stranger Things’ is an American science fiction horror web stories that have been told in three seasons.

It is only recently that the third season has been premiered – on July 4, 2019. 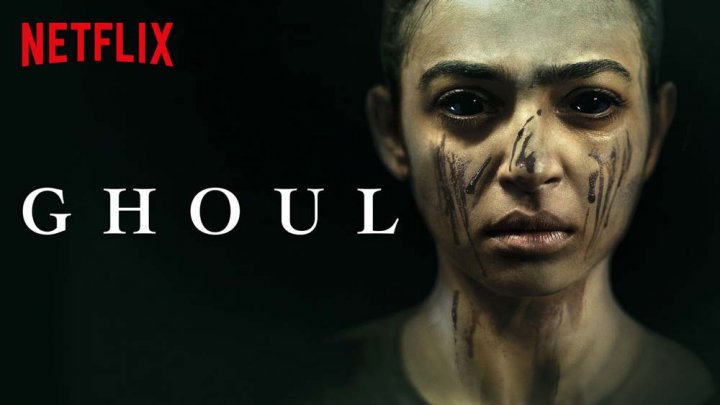 After Sacred games, ‘Ghoul’ is the second wen series from India, and is a miniseries that is based on the Arab folklore monster known as ‘Ghoul’.

Written and directed by Patrick Graham, the story of this miniseries is set in India, though in a dystopian future, in which a dreaded terrorist Ali Saeed is interrogated in a secret government camp. This very interrogation led to unfolding a series of events in the aftermath – horrifying and supernatural – that forms the crux of the story. 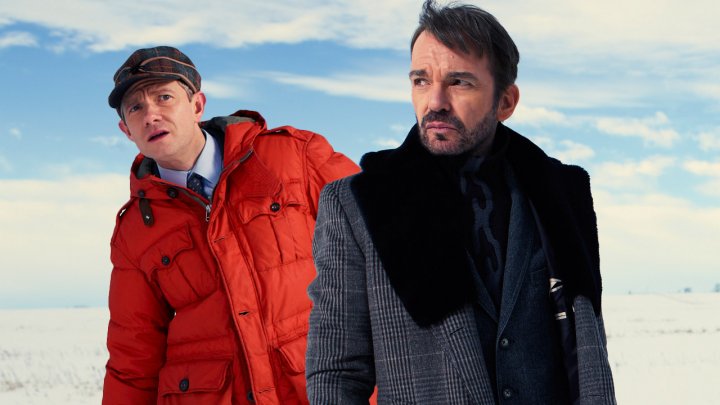 Created and written by Noah Hawley, the series ‘Fargo’ is an American black comedy and crime anthology, that is divided into three seasons, with each season set in a different era. Even though the stories are different in each season, they still overlap, though not majorly.

Season one focuses on Malvo and Nygaard, and their malice, violence and deception, and the efforts of a police officer Gus Grimly who teams up to solve a series of murders which they believe to be linked with Malvo and Nygaard. The second season focuses on beautician Peggy and her husband who hides the hit and run murder case of Rye Gerhardt, with Sherif Hank Larsson investigating a triple homicide that ‘s linked to a local diner and connected to Rye.

The third season deals with Ray Stussy, a probation officer, and his girlfriend, who dreams of living a better and wealthier life, and for that, they plan to steal, but their plan backfires, leading to a series of events.

The series is set for a fourth season, with production due in late 2019. 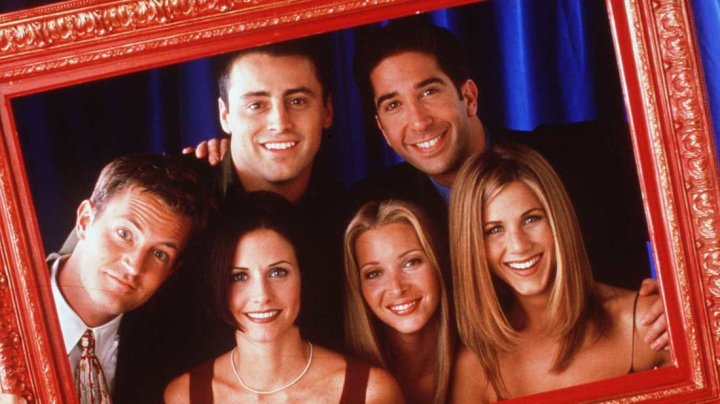 A staple for decades, FRIENDS is the iconic TV series that almost everyone loves to rewatch. Created by David Crane and Marta Kauffman, this series revolves around six friends who live in Manhattan, New York.

The series depicts numerous events, some of them their comedic and romantic adventures and career problems – either Joey auditioning for roles or Rachel seeking jobs in the fashion industry, out of which not many are successful.

This series lasted ten seasons and is considered to be one of the most-watched television series of the 2000s. 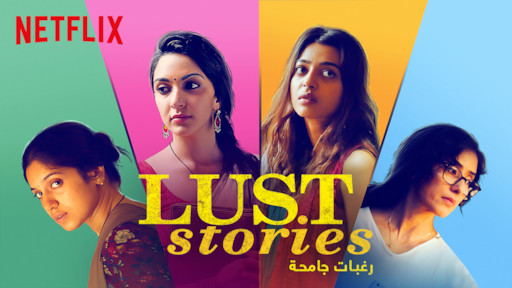 A sequel to the 2013 anthology film Bombay Talkies, Lust Stories is a 2018 anthology film which consists of four segments that are directed by Anurag Kashyap, Dibakar Banerjee, Zoya Akhtar, and Karan Johar.

All of the four stories from the anthology film focuses on the desires and imperfections of real women, and who can go about mending their heart in the best possible way they can.

The sequel to this anthology film is already set to premiere on Netflix in 2020.

Don't Forget to Take a Break

As cool and satisfying it may seem to sit back and binge-watch Netflix for hours (people have taken it to unthinkable levels, sitting in front of the screen for even 24-48 hours straight), trust us on this one that it's not! It solely is for your entertainment purposes and should be used for entertainment only. Sitting long hours, watching the screen isn't going to bring you one benefit! Take a break and do keep your health in mind.