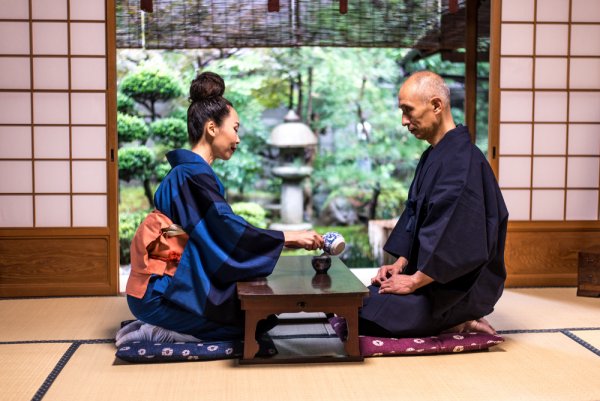 Japan's fascinating culture has many aspects that visitors may like to experience. One of its most interesting traditional cultural activity is the tea ceremony. During your visit take advantage of a tour and experience this facet of Japanese culture at close quarters including watching the ingredients being prepared with care and all the ceremonial rules of serving. Here are our recommendations for tea ceremony spots most deserving of your attention.

What is the Significance of the Japanese Tea Ceremony? The Japanese tea ceremony, also called the Way of Tea, is a traditional ritual in which green tea is prepared and served to guests in a formal setting. The ceremony is highly ritualized and is steeped in history, with roots dating back to the 9th century. It is a way of honoring and connecting with others, and it is also a means of finding spiritual enlightenment and a sense of tranquillity through the simple, yet beautiful, act of preparing and sharing tea. The tea ceremony is a central part of Japanese culture and is still practiced today by many people in Japan and around the world. 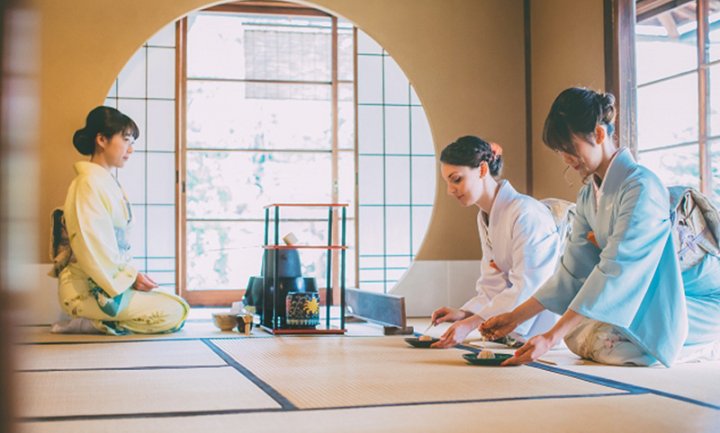 The traditional Japanese tea ceremony is a highly ritualized event that involves the preparation and serving of green tea, called matcha, in a formal setting. The Japanese tea ceremony is a beautiful and graceful event that is meant to be enjoyed slowly and with mindfulness. It is an opportunity to appreciate the simple beauty of the tea, the utensils, and the company of others.

Here is a summary of the steps involved in a traditional Japanese tea ceremony: 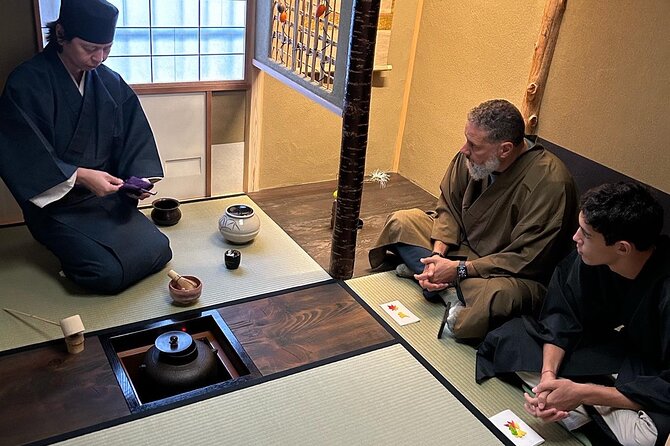 The experience is designed to be accessible to anyone, with chairs provided for seating rather than tatami mats. It is a small-group experience, with a maximum of four guests, and it includes tea and Japanese sweets. It is an opportunity for visitors to learn about and participate in an ancient Japanese tradition and to gain insights into the Way of Tea. The tea ceremony conducted by a qualified sensei can be purchased for $61 USD from Viator.

Kyoto Maikoya is a facility in Kyoto that offers traditional Japanese tea ceremonies in the historic Gion district and the Kyoto station area. The tea ceremony includes a 45-minute session and the option to wear a kimono. In downtown Kyoto, the kimono tea ceremony is available every hour from 9 AM to 7 PM, while the geisha tea ceremony is held once a day. The shared tea ceremony at Camellia Flower in Ninenzaka may include a brief introduction to the tea, a selection of tea bowls, the boiling of water, the preparation of the tea, the serving of the tea to guests, and the enjoyment of traditional Japanese sweets. The ceremony is an opportunity for guests to experience the beauty and spiritual significance of the Japanese tea ceremony in a traditional setting. The shared tea ceremony for 6 members can be purchased for $151 USD from Tea Kyoto. 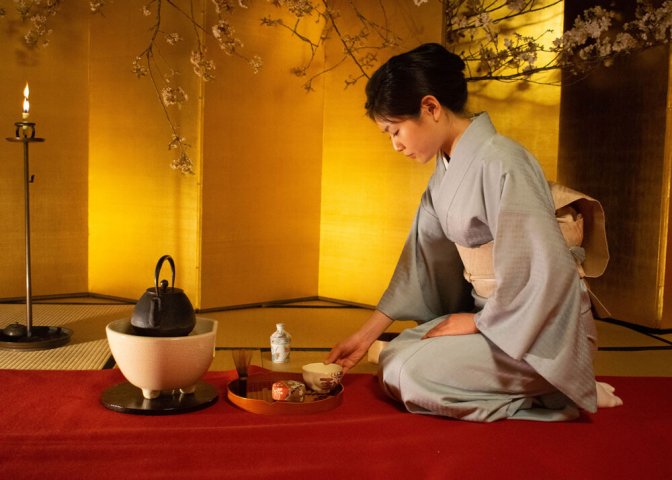 Genan is a tea room located in Kyoto, Japan that offers guests the opportunity to participate in a traditional Japanese tea ceremony. The tea room is located near Ginkakuji Temple, and guests can enter through an elegant tea garden. During the ceremony, guests will have the chance to observe the tea master performing the traditional rituals and then have the opportunity to make matcha tea themselves using a tea whisk. The tea ceremony is suitable for a variety of individuals, including those who are interested in Japanese culture, those who want to make memories with friends and family, and those who want to take a break from sightseeing.

The tea ceremony is suitable for all levels of experience, and even first-timers can feel at ease with the help of a guide. The tea ceremony is also available in English for foreign visitors. A group of 4 people can purchase it for $27 USD per person from Gen-an Kyoto. 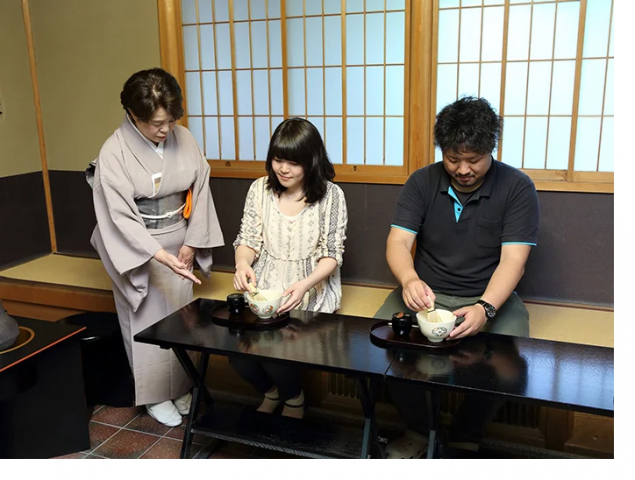 Taihoan is a teahouse in Kyoto that offers visitors the opportunity to participate in a traditional Japanese tea ceremony, also known as a tea ceremony or Taihoan, and learn about Japanese tea etiquette. The tea ceremony is led by teachers from the Tea Ceremony Association, who will prepare tea using traditional methods and serve it with seasonal sweets. 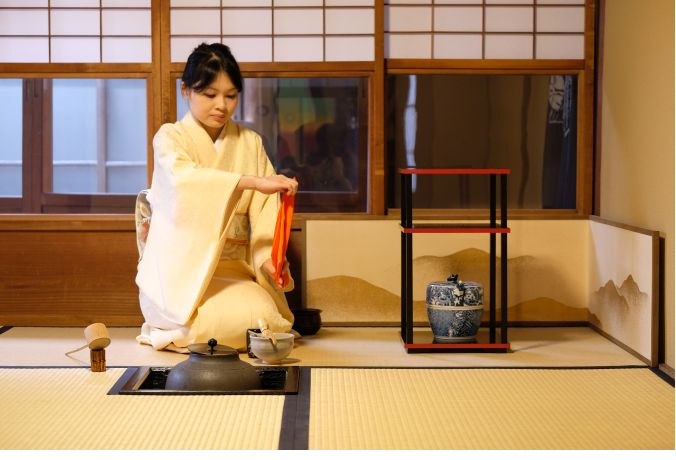 The authentic tea ceremony offered by Tea Ceremony Koto is a private, premium experience that is often chosen by VIP guests and couples visiting Japan for anniversaries. The course includes an Ikebana lesson, an opportunity to wear a kimono and take photos with an Ikebana arrangement in the tea room, and a special tea ceremony with Japanese fresh sweets.

The course is taught in full English by a master who has certain qualifications in all three areas. Tea Ceremony Kyoto is located just a 1 minute's walk from Kinkakuji temple (Golden Pavilion), a popular tourist destination in Kyoto. The tea ceremony experience is an opportunity for visitors to learn about and experience traditional Japanese culture and to appreciate the beauty of Ikebana, the art of flower arrangement, in a formal setting. The premium tea ceremony with kimono and ikebana ceremony can be purchased for $91 USD from Tea Ceremony Kyoto. The tea ceremony is a microcosm of Japanese culture, encompassing different arts and crafts and synthesizing them into one. As experienced and accredited masters in the tradition, the host and instructors will provide thorough explanations in English and allow guests to feel the emotional energy of the intimate gathering. The four-hour tea ceremony experience includes a formal service of thick tea (koicha). Koicha, also known as thick tea or concentrated tea, is a Japanese green tea made with a higher ratio of tea leaves to water than is used in the preparation of thin tea or usucha. Koicha has a thicker consistency and a stronger, more intense flavour than usucha.

Koicha is usually served to guests of honour or on special occasions and is considered a rare and luxurious treat. The host, Tyas Sōsen, is a qualified instructor in the Way of Tea as taught by the Enshū school and a Nihoncha Instructor. The tea ceremony is usually conducted based on bookings from Tea Ceremony Kyoto's website. 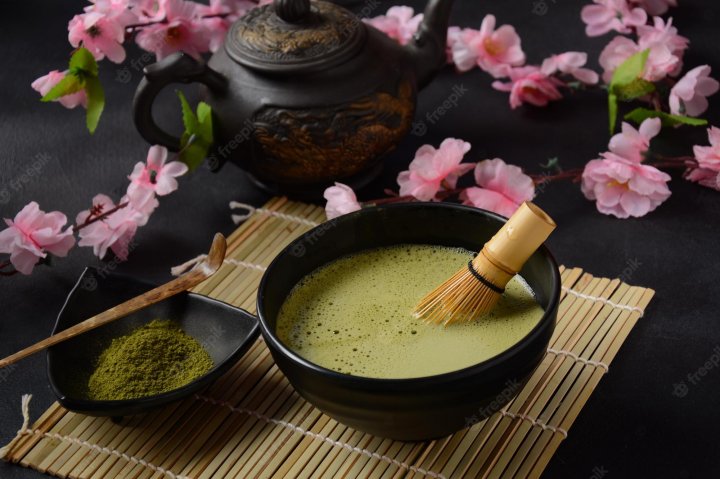 Kobun-tei is a historic building in Japan that was originally used as a study house by the retired Emperor Gosakuramachi. During the Meiji period, it was converted into a teahouse, but it was lost due to arson in 1993. The building was restored in 1995 with the support of the community, and its completion was celebrated by a commencement party led by Sen Soshitsu, the head of the Ura-Senke school. The building was restored to its original architectural form from the Edo period, using the same materials and techniques as the original construction.

The building consists of three tearooms, a Buddhist altar room, and a water room. On certain days in spring and autumn, the tearoom at Kobun-tei is open to the public, and visitors can participate in a formal tea ceremony with the help of teachers from the Shorenkai tea club and staff at the temple. No prior preparation or experience is required to join the tea ceremony for $8 USD from the Shorenin website. Koto is a tea ceremony house located near Kinkakuji temple in Kyoto. Kinkakuji is a popular tourist destination and one of many World Heritage sights in the city. Koto offers visitors the opportunity to take a break from sightseeing and experience a traditional Japanese tea ceremony in a tranquil setting. Guests will observe the way tea is performed by a lecturer from the Urasenke school, one of the largest tea schools in Japan, and have the opportunity to make their tea with the guidance of the host.

The tea ceremony is available five times a day and there are three different plans to choose from: a shared tea ceremony, a private tea ceremony with special Japanese sweets, and a short tea ceremony. The various ceremonies are available for $21, $41, and $8 USD respectively from Japan Travel. 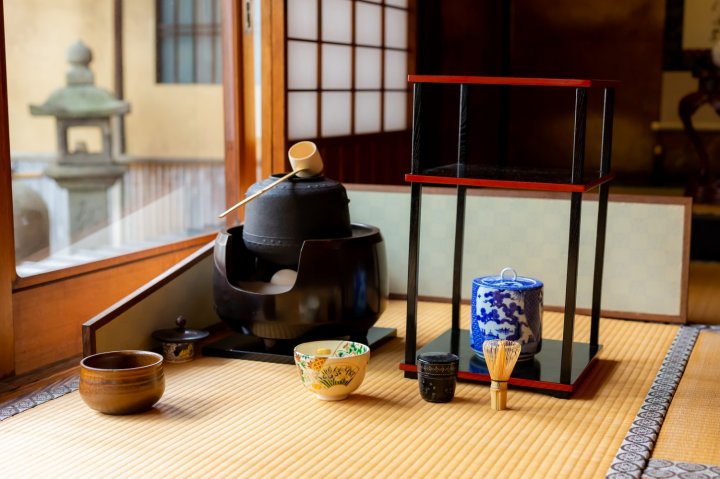 The tea ceremony takes place at the Jotoku-ji Temple in Kyoto, Japan. The ceremony is conducted in one of the four Grand Tea Rooms at the temple and is meant to be an immersive and meditative experience that involves the preparation and presentation of matcha green tea. The ceremony is steeped in tradition and symbolism and is meant to cultivate mindfulness and harmony among the participants.

It is a popular cultural experience for both tourists and locals and is considered to be an essential part of Japanese culture. I hope you have a wonderful time participating in the tea ceremony and that it becomes a memorable and enduring experience for you. It can be availed for $22 USD from the Temple’s Official Website.

What to Expect at Japanese Tea Ceremony 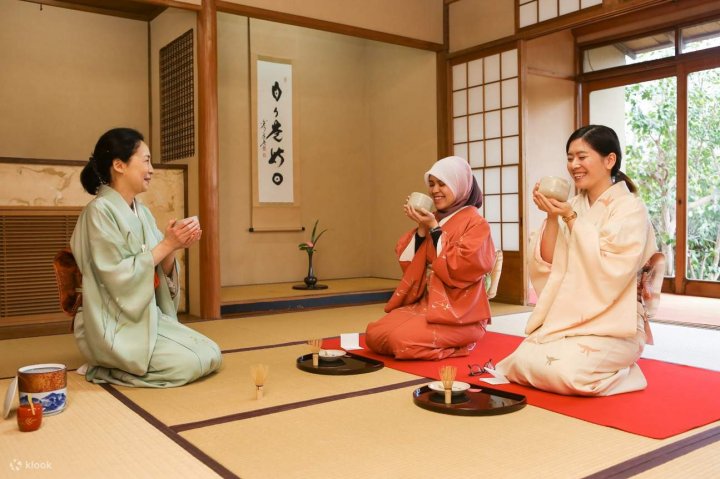 Several customs and etiquette guidelines should be followed during a Japanese tea ceremony. These guidelines help to create a respectful and harmonious atmosphere and are meant to cultivate mindfulness and appreciation for the present moment.

Some of the key etiquette guidelines to follow during a tea ceremony include:

By following these etiquette guidelines, you can help to create a respectful and harmonious atmosphere during the tea ceremony and fully appreciate the experience.

Whether you're just drinking delicious matcha or participating in it yourself, above are some of our favourite places to enjoy a traditional Japanese tea ceremony. Tea ceremony should be on your to-do list when in Japan!

Before you experience the tea ceremony, we would like to tell you one small but important thing. Please note that it is considered rude not to wear socks when entering the tea room. Don't forget socks even in summer!